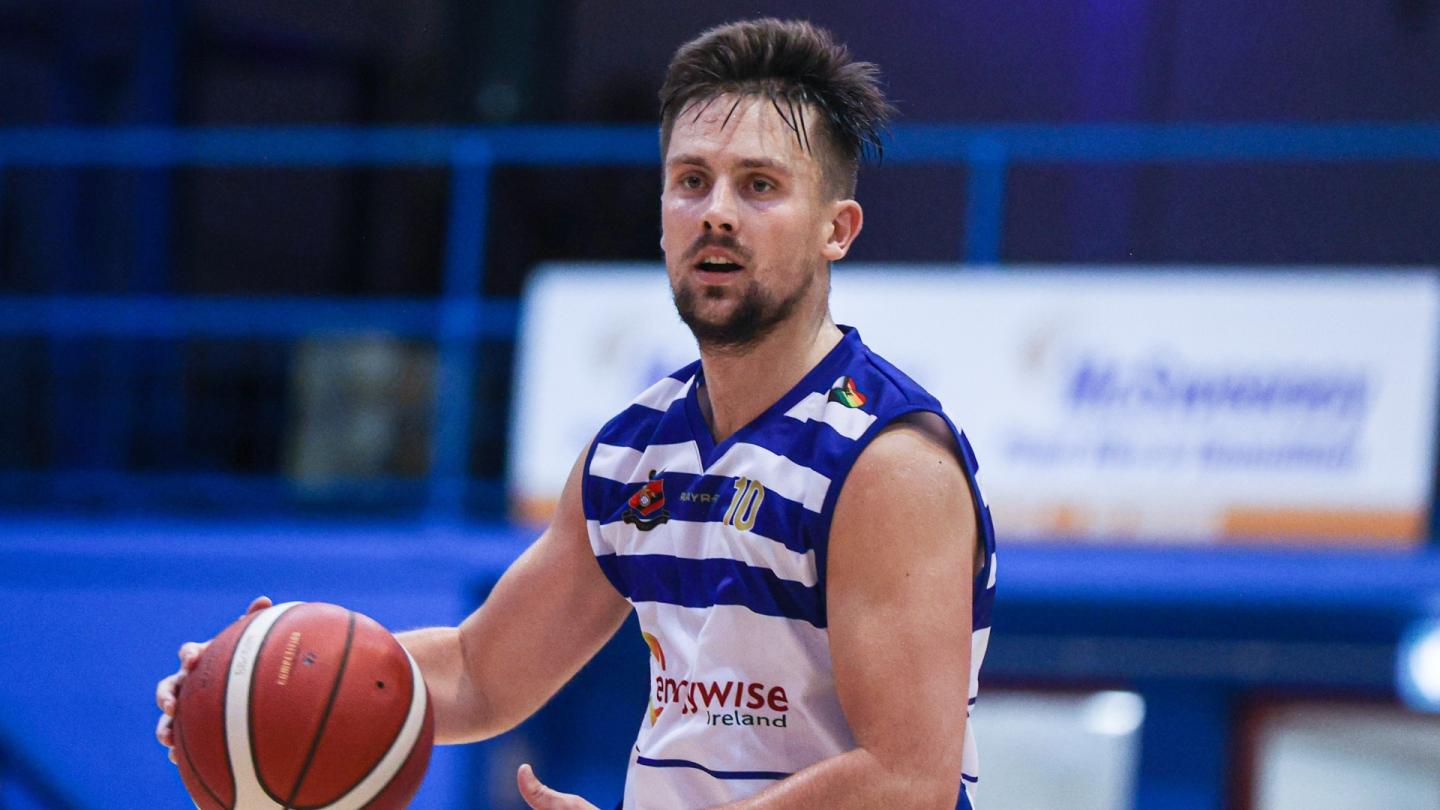 Garvey’s Tralee Warriors head coach John Dowling believes his team have what it takes to upset the form book and defeat InsureMyVan.ie Super League South Conference leaders University of Galway Maree. The defending champions have won just twice this season, but Dowling is confident that if his team click, they’re a match for anyone in the league.

“Maree have clearly set the bar at the highest, topping the league at this stage. They have talent in all positions and Charlie (Crowley) has done a great job getting them all on the same page. For us, it’s about performing to the standards that we have set for ourselves, if we do that, we believe we have all the pieces we need to beat any team in the league”, Dowling said.

University of Galway Maree won 90-64 when the teams met in week three and head coach Charlie Crowley is calling for his side not to drop their level when they travel to the Tralee Sports Complex. “Second round of our Conference games starts this weekend. We focus now both mentally and physically on tackling the challenge in front of us.”

University of Galway Maree’s nearest challengers in the South Conference – Emporium Cork Basketball and Energwise Ireland Neptune – go head-to-head in a local derby. Energywise Ireland Neptune came out on top, 91-87, when they met earlier this season.

Emporium Cork Basketball have home advantage this time and player/coach Ciaran O’Sullivan is hopeful that their recent 95-85 victory at Garvey’s Tralee Warriors will give them confidence going into this weekend’s contest. “It's exciting to have another local derby for the players and our fan base. We performed well last week in Tralee, so hoping to build on that win and bring the same level of execution to our home court.”

Both teams have 5-2 records so far this season. Energywise Ireland Neptune player/coach Colin O’Reilly thinks there’s little between the sides and wants a “complete” game from his players. “This year there are no weekends off with the depth of talent in the league and Ballincollig are right up there with the best. We had an up and down battle against them earlier in the season and know for us to be in with a chance coming down the stretch, we will have to play our most complete game to date. They have a nice blend of international talent, mixed with Irish-based players, and have shown great consistency since joining the Super League last season.”

There are three teams with identical 5-2 records at the top of the InsureMyVan.ie Super League North Conference – Belfast Star, DBS Éanna and Killester. Two of those sides meet on Saturday, as DBS Éanna host Killester in a Dublin derby. Head coach Darren McGovern is expecting another tricky test. “Killester has a fantastic history and something I'd like Éanna to have long-term. We have had some tough battles in the three seasons and I expect nothing different for this Saturday’s encounter.”

His opposite number Brian O’Malley, of Killester, is looking to avenge their 90-77 defeat in week two of the season, however he acknowledged the task at hand will be a difficult one. “We’re hoping to turn the tables on our game earlier in the season. Éanna are definitely in a bit of rhythm now and as everyone knows they've huge fire power. Their guard play is excellent and have a nice balance inside and out. Defensively they have the size and athleticism to switch a lot of actions, which can get you bogged down. It's a tough match-up, but that's the way it is this year, each week presents a demanding challenge.”

Belfast Star host Flexachem KCYMS at De La Salle and Adrian Fulton is a relieved man not being the team doing the travelling. “No harm to the KCYMS lads, but this is one fixture that I'm glad we have at home. It's a long old journey from Kerry to Belfast! I don't know how they have a 2-5 record. I have watched game tape on them and have been very impressed. They have a very talented roster, capable of beating any team in the country. They are going to present a serious challenge to us this weekend and we will be giving them the respect they deserve.”

Declan Wall, Flexachem KCYMS head coach, stated: “It’s a long journey this coming weekend for us. Belfast have had some good wins recently and it's not an easy place to go get a result each year. We are traveling light this weekend for various reasons, but we are setting out our game plan that we hope to execute and be competitive.”

Elsewhere in the North Conference there is another Dublin derby, with Bright St. Vincent’s facing Griffith College Templeogue. Griffith College Templeogue won the last encounter between the sides, 83-77, and their head coach, Mark Keenan, shared his thoughts ahead of the game. “Vincent’s have showed how good they can be in recent weeks with some big wins. They have multiple threats and we will need to play great defence to shut them down”, Keenan said.

Bright St. Vincent's head coach Josko Srzic wants further improvement from his young guns. "After a home loss to DBS Éanna last week, we are continuing to ask for concentration and consistency which we did not have at deciding moments. We need to get better at that, especially our two young players Jake and Robbie that play and important role in this team to be able to contest experienced teams in the league. Tempelogue, despite an unfortunate injury to a very important player are playing on very high level, which shows the experience of Mark (Keenan). We have to have concentration for 40 minutes to be able to get better result then the last time we played them." said Srzic.

UCD Marian currently sit bottom of the South Conference, next up for them is Ej Sligo All-Stars. Ioannis Liapakis, UCD Marian head coach, said: “We are looking forward to the home game against Sligo. We know it will be difficult challenge. Sligo are a good team. We will continue to build on our previous games and look to deliver another strong performance against them.”

Ej Sligo All-Stars won 95-72 when the sides met earlier this season and Shane O’Meara, Ej Sligo All-Stars head coach, says his team have work-on’s to address ahead of this weekend’s game. “Having just about gotten over the line in Cork (100-97 at UCC Demons) last weekend we had some defensive issues to look after this week. Hopefully we have improved sufficiently to put ourselves in position to get another away win. We had a very fast-paced exciting game at home to UCD earlier in the season and I'm expecting a similar contest in Dublin.”

UCC Demons were 85-60 winners over Moycullen last time out, but come into the return fixture on the back of last weekend’s three point defeat to Ej Sligo All-Stars. Head coach Daniel O’Mahony is looking for a response from his side. “It’s vital we bounce back this week, We are deep into our rotations lately, due to injuries to key players and Saturday will be hoping for a 40 minute performance.”

With Ireland’s FIBA Women’s EuroBasket 2023 Qualifiers game against the Netherlands on Sunday, there is just one game in the MissQuote.ie Super League, as defending champions The Address UCC Glanmire travel to Ulster University.

Victory for The Address UCC Glanmire will see them go joint-top with Trinity Meteors and head coach Mark Scannell is eager to keep pace at the summit. “It’s important that we get a game this weekend, we are looking forward to a tough challenge up in Jordanstown. Pat (O’Neill) has his team very well organised and they have given some very good teams great games at home, so we will have to be on our game. The league is wide open, so it’s important to stay in contention. Hopefully we can play well pick up a win and look forward to supporting the senior women’s team on Sunday in the Arena.” 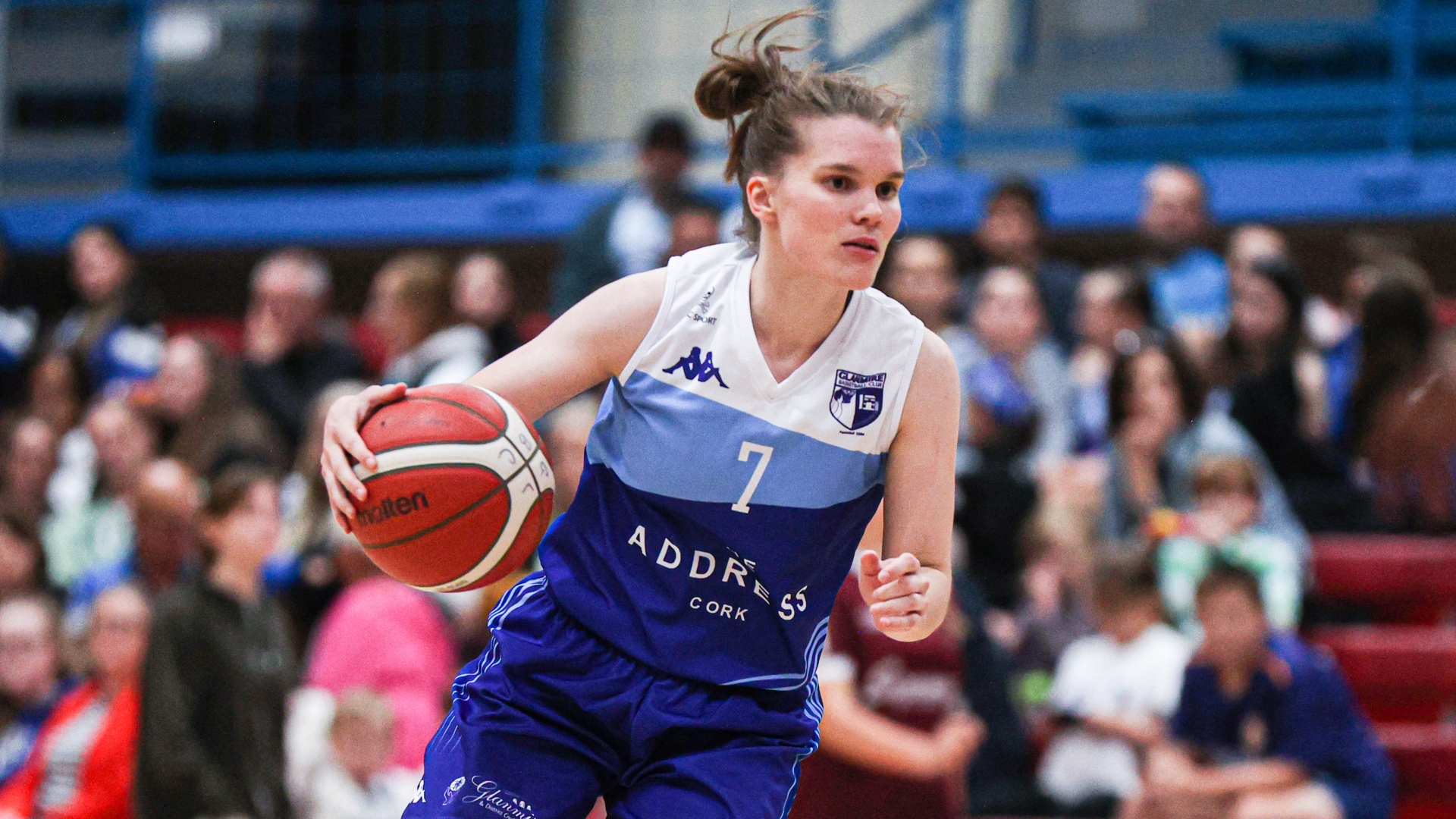 His Ulster University counterpart Patrick O’Neill added: “We were disappointed with our performance last time out against Killester. Defensively we were good for three quarters, but credit to Mark’s (Grennell) team, they frustrated us when we tried to execute. Very happy with our new signing Emily (Maupin), she did really well and now we face one of the best teams in the league. It’s always daunting facing Glanmire, but we are focused and will look to frustrate their high-flying offence, while doing a better job offensively. Mark Scannell has them executing at a really highly level and they have a lot of scoring threats to manage.”

In the MissQuote.ie Division 1 the only unbeaten side left in the National League, Portlaoise Panthers, travel to SETU Carlow on Saturday, while third-placed Moy Tolka Rovers have a Dublin derby against Griffith College Templeogue on the same day. Second-placed McEvoy’s Cavan Eagles have to wait until Sunday, they’re at Limerick Sport Huskies.

The remaining fixtures in the division all tip off at 7pm on Saturday, it’s a Dublin derby with Malahide taking on Abbey Seals Dublin Lions, Portlaoise Panthers versus Dwyers of Cork Fr. Mathews, SETU Waterford Vikings against Killarney Cougars and Limerick Celtics versus Scotts Lakers SPK.