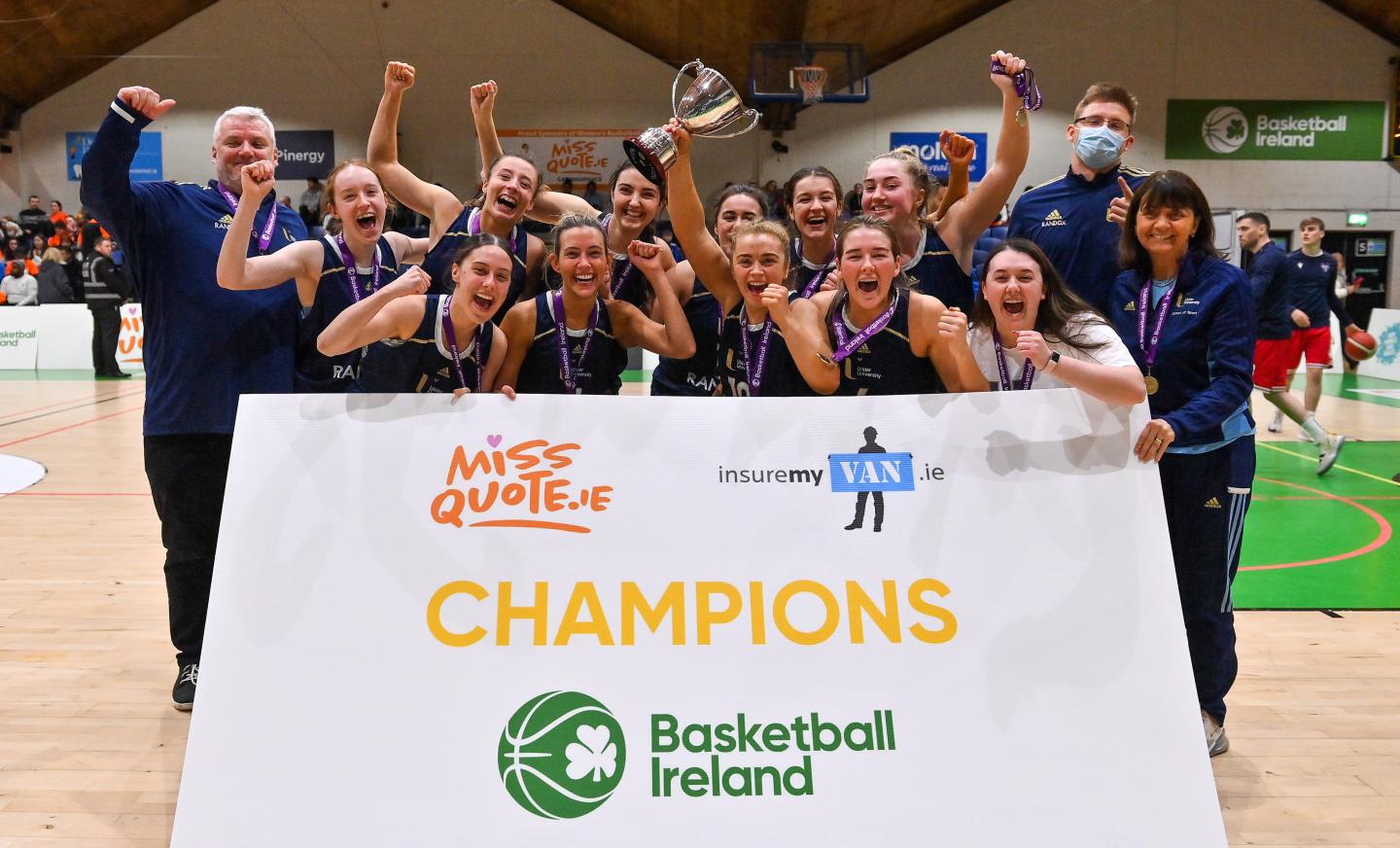 Ulster University edged NUIG Mystics 58-56 in a thrilling MissQuote.ie Division 1 League Cup final at the National Basketball Arena, to deny the Galway side the treble. MVP Lexi Posset scored a game-high 21 points to propel her side to victory.

This game was a repeat of the MissQuote.ie Division 1 League final and NUIG Mystics edged the opening quarter, leading 13-8 at the end of it.

The first three pointer of the game was landed by Posset for Ulster University just before the midway point of the second quarter and that reduced the deficit to 21-16. That seemed to ignite Patrick O’Neill’s side and a further five points from Posset helped bring the game level, at 23-23, with a little over two minutes to go in the second quarter. NUIG Mystics finished the quarter stronger and were 30-25 ahead at half-time. 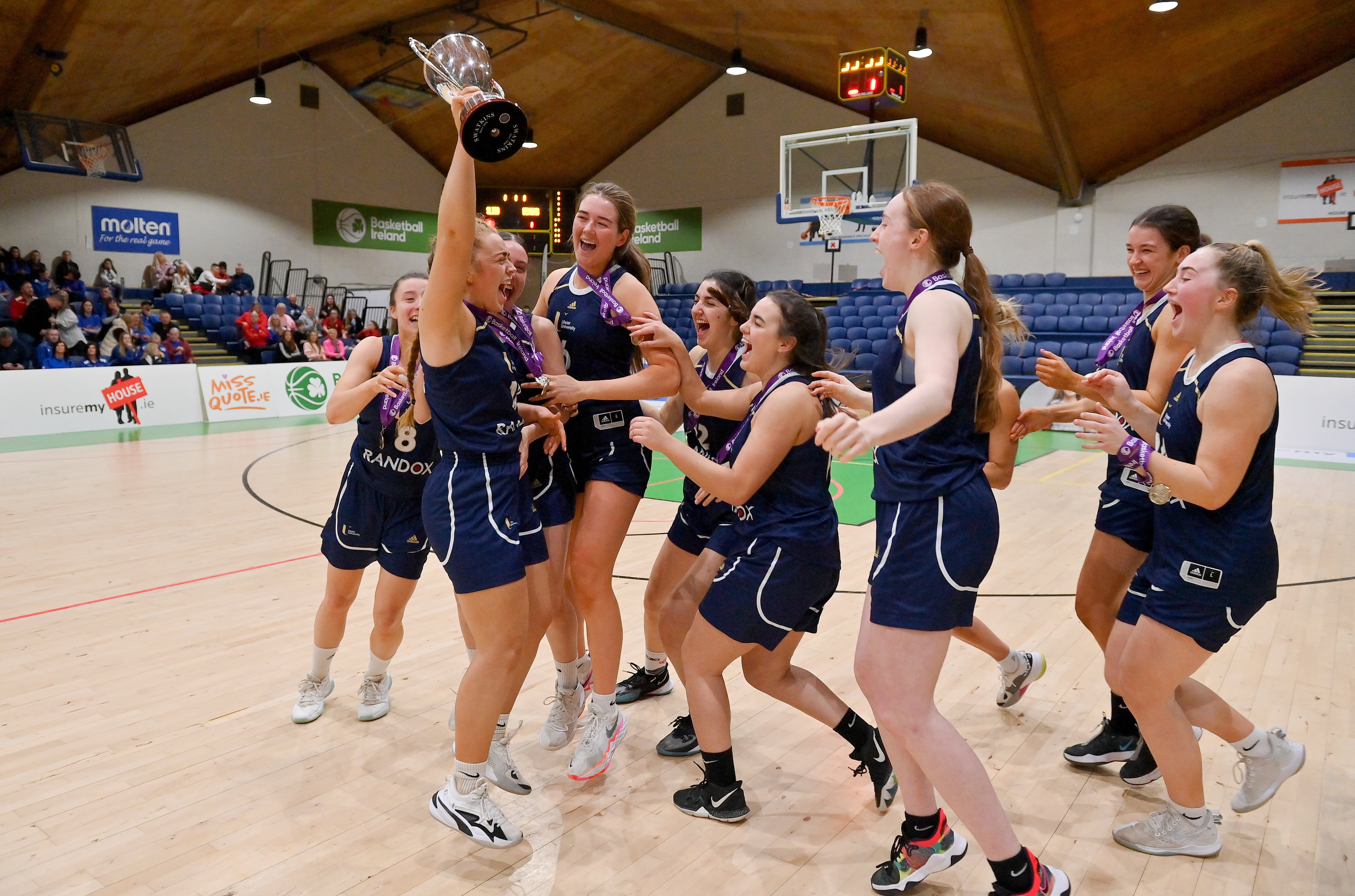 Sara Messler got NUIG Mystics first three pointer four minutes into the third to put them 34-28 ahead, however Alexandra Mulligan responded immediately with one of her own for Ulster University.

Posset was continuing to pull the strings for Ulster University, her layup with 90 seconds left in the third brought the game level once more, at 37-37 apiece. Another Posset layup put Ulster University in front for the first time, she also drew a foul and added the extra point. They’d lead 41-40 going into the final quarter.

The fourth quarter saw the lead exchange multiple times in a thrilling conclusion to this contest. Ulster University got their noses in front, opening up a seven point advantage following Alex Mulligan’s three with 4’37” to go, to make it 53-46. NUIG Mystics responded with a five point run. Captain Aoife Callaghan helped Ulster University re-establish a seven point lead, 58-51, thanks to her three point jump shot with a little over a minute and half to go. NUIG Mystics made inroads on that as they chased the game, Sara Messler’s three pointer and a couple of Hazel Finn free throws made it a two point contest. With 7.5 seconds to go Kara McCleane had a three point attempt for NUIG Mystics, but it failed to land and Ulster University would emerge 58-56 victors. 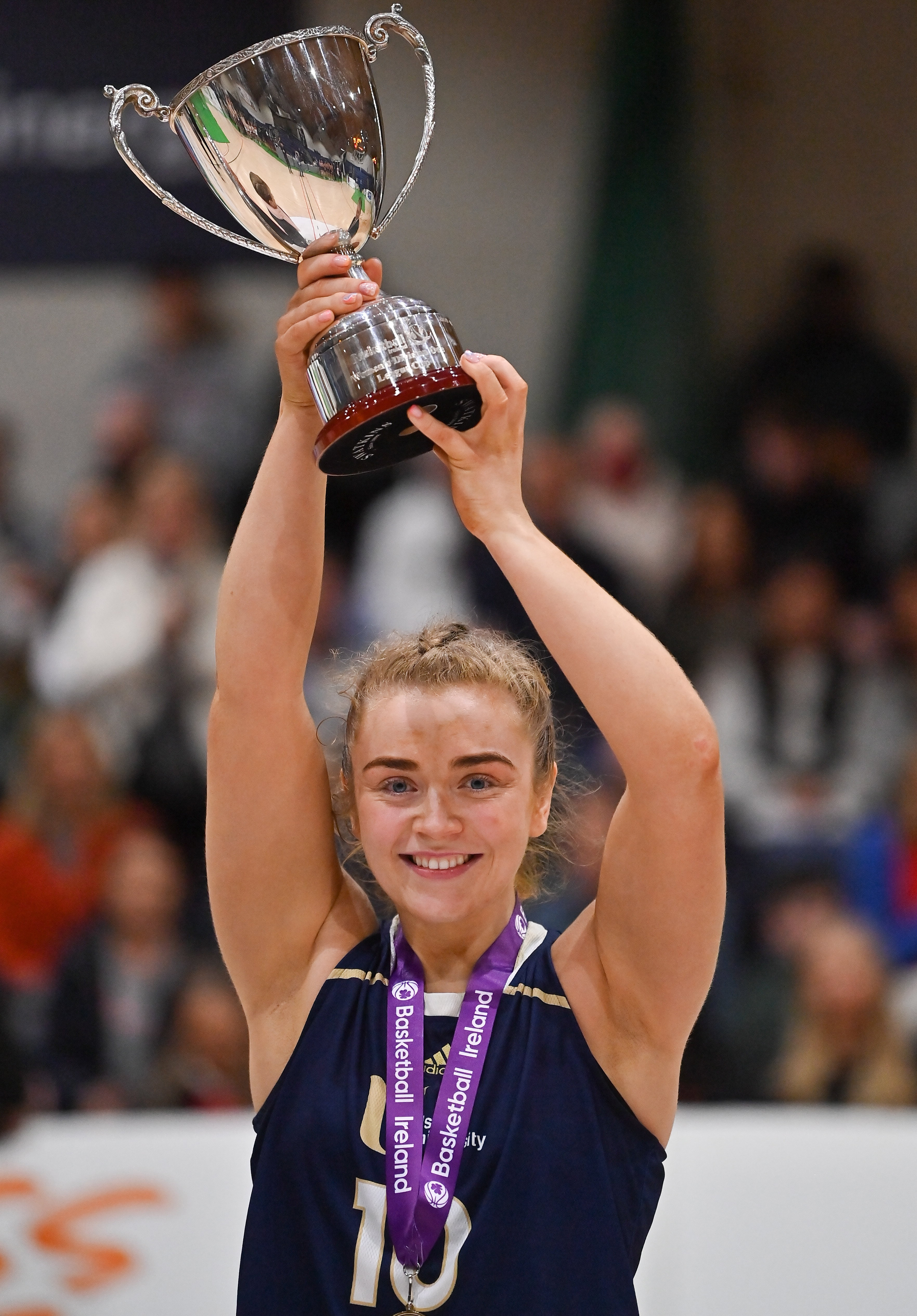 Ulster University captain Aoife Callaghan said: "I have no words to say how happy we are. It was a really ugly match, but we finished it through in the end. We showed great discipline, we stuck together. It was nasty, but we just put our arms round each other and we really wanted to finish on a win today. So proud of all the girls for getting this far and taking home the trophy in the end."