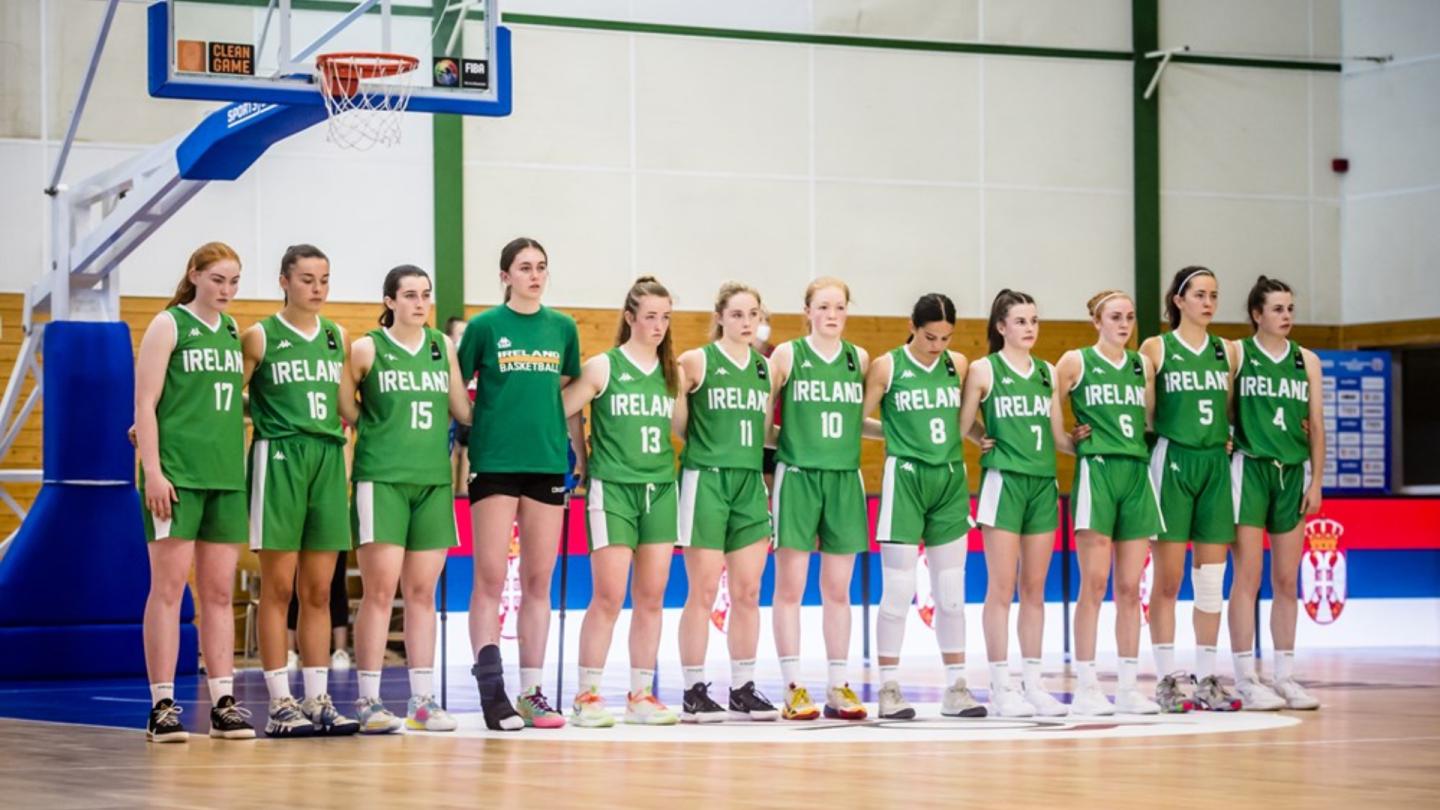 The Basketball Ireland Player Pathway is a framework that supports the overall development of basketball players from Grassroots to Elite Level.

The pathway provides an opportunity for everybody to play, to have fun and play basketball for as long as possible, in the best environment possible.

We in Basketball Ireland understand that player development is non-linear. There is no one size fits all, so the pathway is designed from a perspective that is helpful to each player at that specific time. Our coaches will provide our players with player-centred training sessions, that are representative of the game. By using the concept of variability, it is the hope that basketball skills will emerge and improve from these positive environments.

The BI Player Pathway is a three-phased Pathway.

This programme is led by a team of Basketball Ireland Development Officers and Green Shoots is rolled out through school visits and summer programmes.

Green shoots has three coaching manuals, that consist of a series of fun games and how to make the game of basketball as fun and enjoyable for young players.

The games and drills at this stage are designed by five main principles:

The Basketball Ireland Regional and Provincial Academy structure is the foundation of a pathway for the development of players and coaches with an ambition and potential to play at the highest levels of our sport. It opens a development and performance pathway for more players across the country, at a time when there are more National League opportunities presenting themselves country-wide, as well as being the pathway to the international teams.

For all information on upcoming talent identification sessions and to register click here. 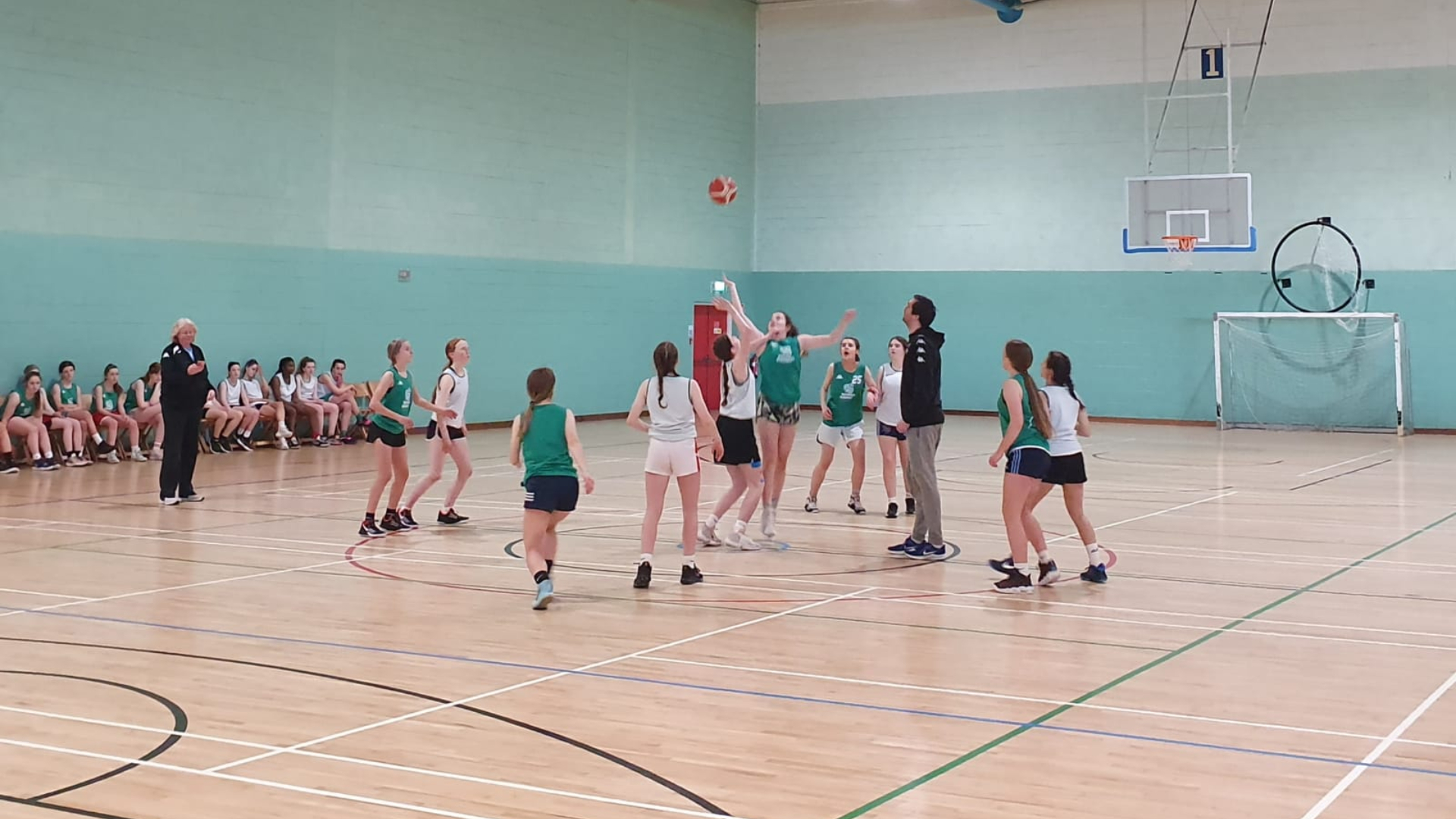 The U14 Regional Academies are for players U14 years of age at midnight on December 31st of the current season.

The U15 Regional Academies are for players U15 years of age at midnight on December 31st of the current season.

There are more talented athletes playing basketball than ever before and it is envisaged that this system - over the next three to five years - will produce a much larger group of high-performance players and increase competition and standard dramatically across the country.

Ireland has already shown that we can compete at all levels, but strength-in-depth has been an issue. Introducing international-standard concepts and skills to a wider group, at an earlier age, over a longer period will yield a stronger pool of players over time.

The U14 Academy is open to any player of any nationality. Skill development is the key objective for this age group and getting players ready for the advanced learning required for international basketball.

The U15 Academy is the route players that live and play in Ireland must take to be selected for the U16 Irish national team. Players without an Irish passport can join the Academy with the approval of the Elite Performance Committee (EPC), but requires parents to start the process of naturalisation to make them eligible to play for Ireland under FIBA rules. For any questions on eligibility please contact the International Liaison Officer, Matthew Hall, by email mhall@ireland.basketball. There will be no open Talent ID sessions for the U16 National Squad in 2022.

Under-16 international teams are selected during the new summer programme of the Academy. This programme will include a selection of players from the Academy system, that will play against academies from other countries.

In the 2021/22 season, an inter-provincial tournament for the U15 Academy was introduced for the first time, with academies playing against each other in May, as part of the summer programme selections. The U16 national team squad to play in the summer of 2023 will be selected at the end of the 2022 summer academy programme.

The extended national team squad will be selected from the U15 Academy class, except for players living and playing outside of Ireland, who may be brought into the squad on trial and players that are from the U14 age group. Exceptional circumstances will always be considered and judged by the Elite Performance Committee (EPC) on a case-by-case basis. 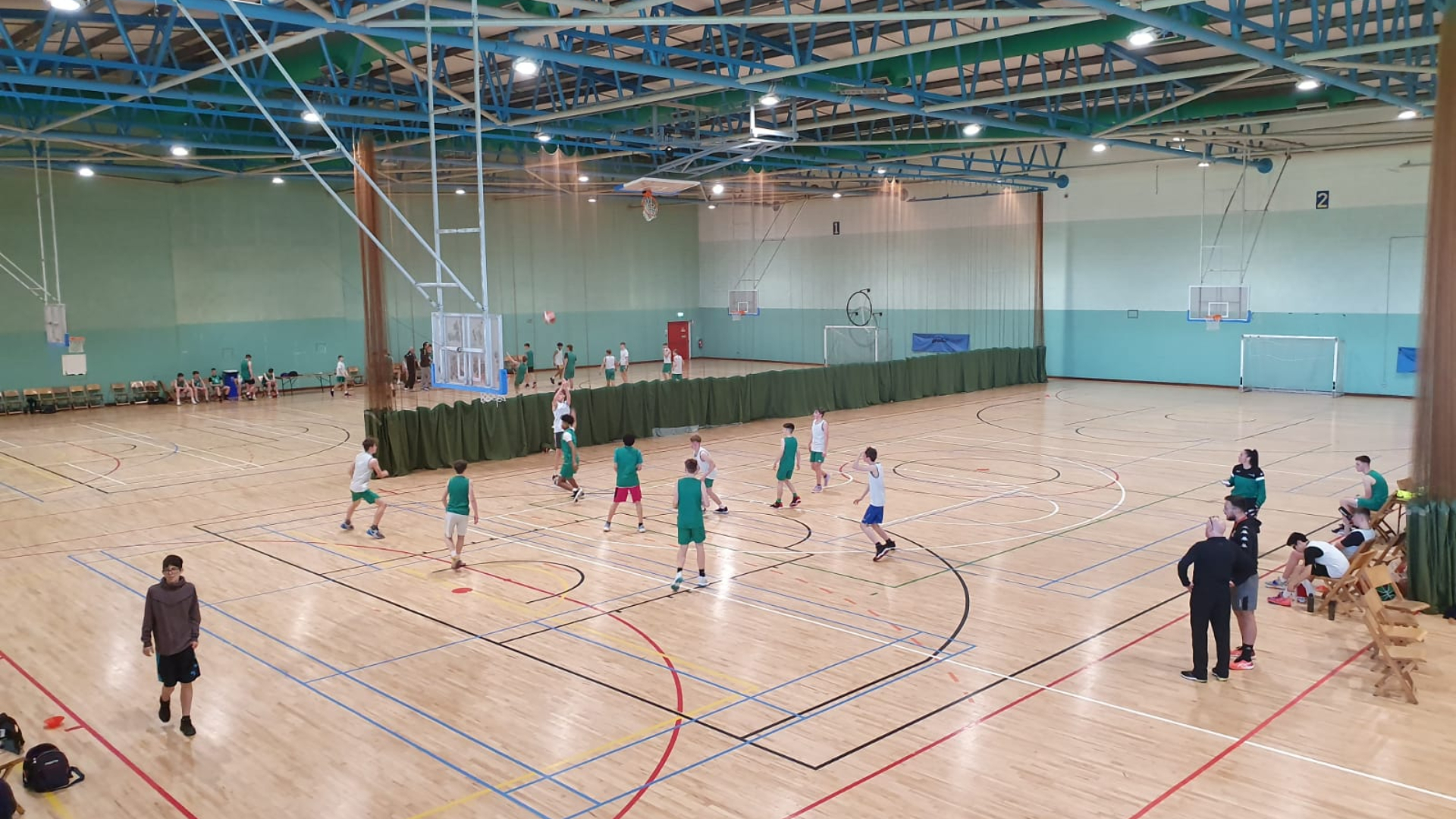 The seven Under 14 academies are divided regionally as below:

When will the U14 Regional Academies start?

Players will be selected from Talent Identification Sessions during October mid-term into the U14 Regional Academies and will start in early November. The announcement of the players that have been selected for each region will appear on the Basketball Ireland website academy pages in the week after the Talent ID Sessions. All training dates and venues for the season will appear on the academy section of the website in the coming weeks.

The U15 Provincial Academies will operate from October to May during each season for the initial phase for selected players. During this time, selected players will participate in provincial sessions for 36 hours, attend inter-provincial day camps, and attend a three-day national camp in April.

The Under 15 Academies are aimed at boys and girls of the qualifying age throughout the island of Ireland. The provincial squads will be selected following open talent identification sessions and will be published on the Basketball Ireland website. 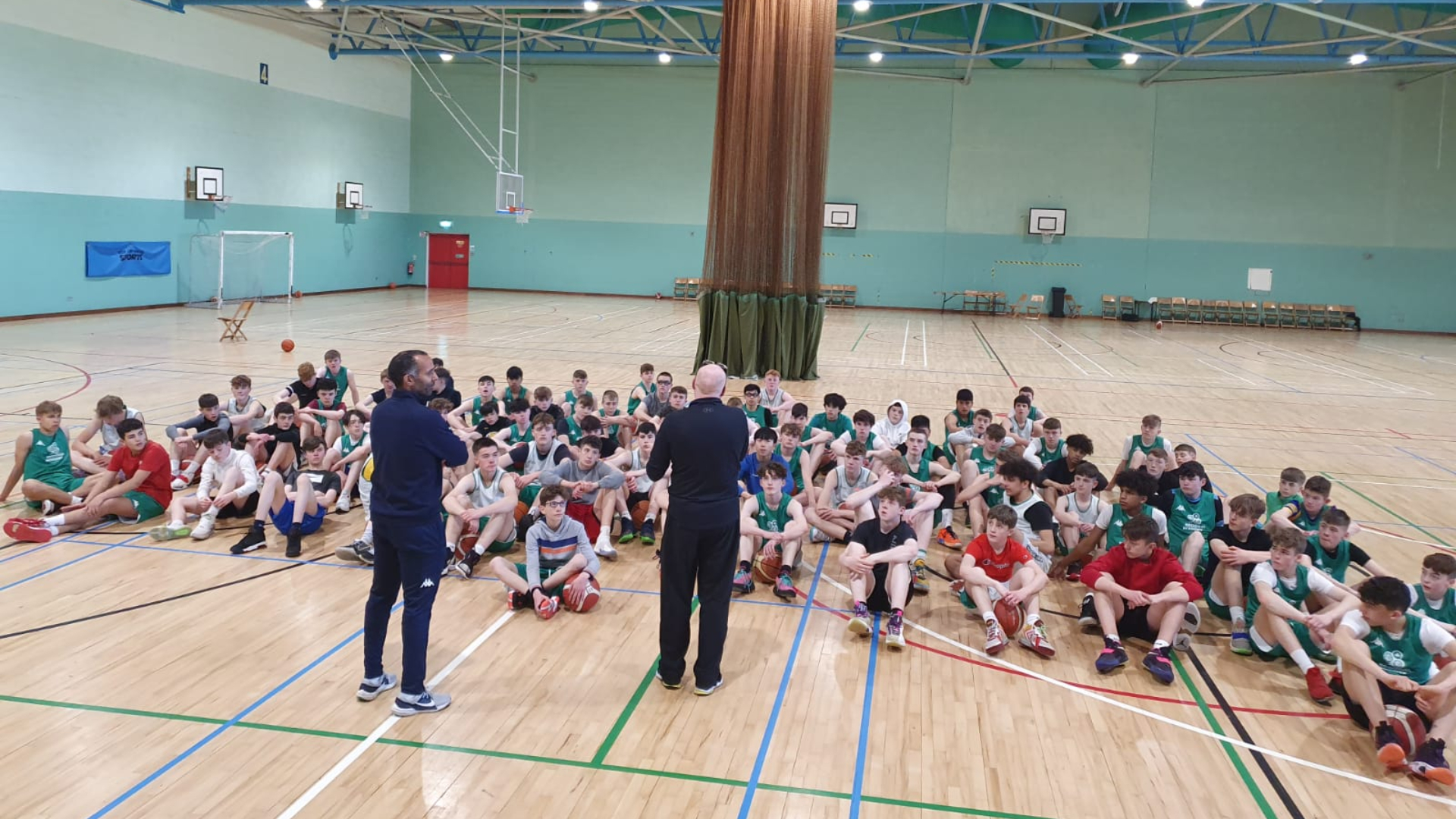 When will the U15 Provincial Academies open?

Players will be selected from Talent Identification Sessions into the U15 Academies in October 2021 and via club basketball matches if required.

Will my son/daughter have time to participate in the Academy with his/her local league commitments?

All Academy sessions are scheduled to take place on the dates ring-fenced for national team and academy training on the Master Basketball Ireland calendar. As a result of arrangements agreed at an executive committee level, these dates have been left free of local league fixtures to accommodate players who wish to attend academy sessions, or play for the national team. This cooperation is an essential aspect of the partnership needed for success. It is a key example of how the basketball community has collaborated, to place the best interests of the player at the forefront of our decision making. It is important that if your child is selected to the academy that you inform your club coach, so they can check the Basketball Ireland calendar available on the website and avoid any clashes.

Will my son/daughter have training on every day highlighted in the calendar?

Yes, each Academy will have the same schedule as laid out on the Master Basketball Ireland Calendar. Every Academy will deliver the same number of hours. That schedule will be provided by the Head Coach of the Region/Province. Each Academy has an individual email address where the Head Coach can be reached. Those details can be found on the Basketball Ireland website.

What is the cost associated with being selected for the Basketball Ireland Academies?

The cost for the Academy for the 2021/22 season including local sessions, Academy kit and a residential camp, which included food and accommodation, was €340 for the U14 Academy and €375 for the U15 Academy. The aim is to reduce the cost of the academy as much as possible each year and in the 2022/23 season we will launch a scholarship programme for the first time.

For the U15 academy, the fee covers to the end of the interprovincial tournament. The summer programme is considered a separate programme, for which details will be released during the season. This fee will be paid in two instalments, at the start and middle of the season, via Basketball Ireland’s online system and details will appear on the website, along with selection lists from Wednesday November 3rd.

What will be involved in the residential camp in Gormanston?

The U15 Provincial camp will take place during the Easter Holidays each year for three days during midweek.

The U14 Regional camp for season 2021/22 will be the weekend of May 21st/22nd, but may be during the Easter Holidays in future years.

The camp currently takes place in Gormanston College in Co Meath. During camp, campers will be exposed to high-level coaching from Academy coaches from all over the country, as well as the National Academy Head Coaches Martin McGettrick and Colin O’Reilly. All accommodation and meals are included in the Academy fee.

Players will be exposed to:

Yes, coaching staff have been actively recruiting coaching staff over the summer by the two Academy Head Coaches. To date, nearly all positions have been filled and the quality and experience of the coaches appointed is very high.

An equally important function of the Academy model is to prepare prospective international coaches for future programmes. The opportunity to work alongside highly skilled and knowledgeable Academy Head Coaches is an opportunity available to all that are open to advancement through the coaching ranks. For the 2021/22 season, each Academy will have a Head Coach and one assistant. There will also be some volunteer coaching positions for coaches who may not be able to commit for the full programme.

Academy sessions are open to coaches who wish to observe the sessions, but this must be agreed in advance through the Head Coaches. Only Basketball Ireland licenced coaches will be admitted to the sessions. If you are interested in getting involved as a coach, email lead coach, Martin McGettrick at martinmcgettrick@live.ie  to discuss. 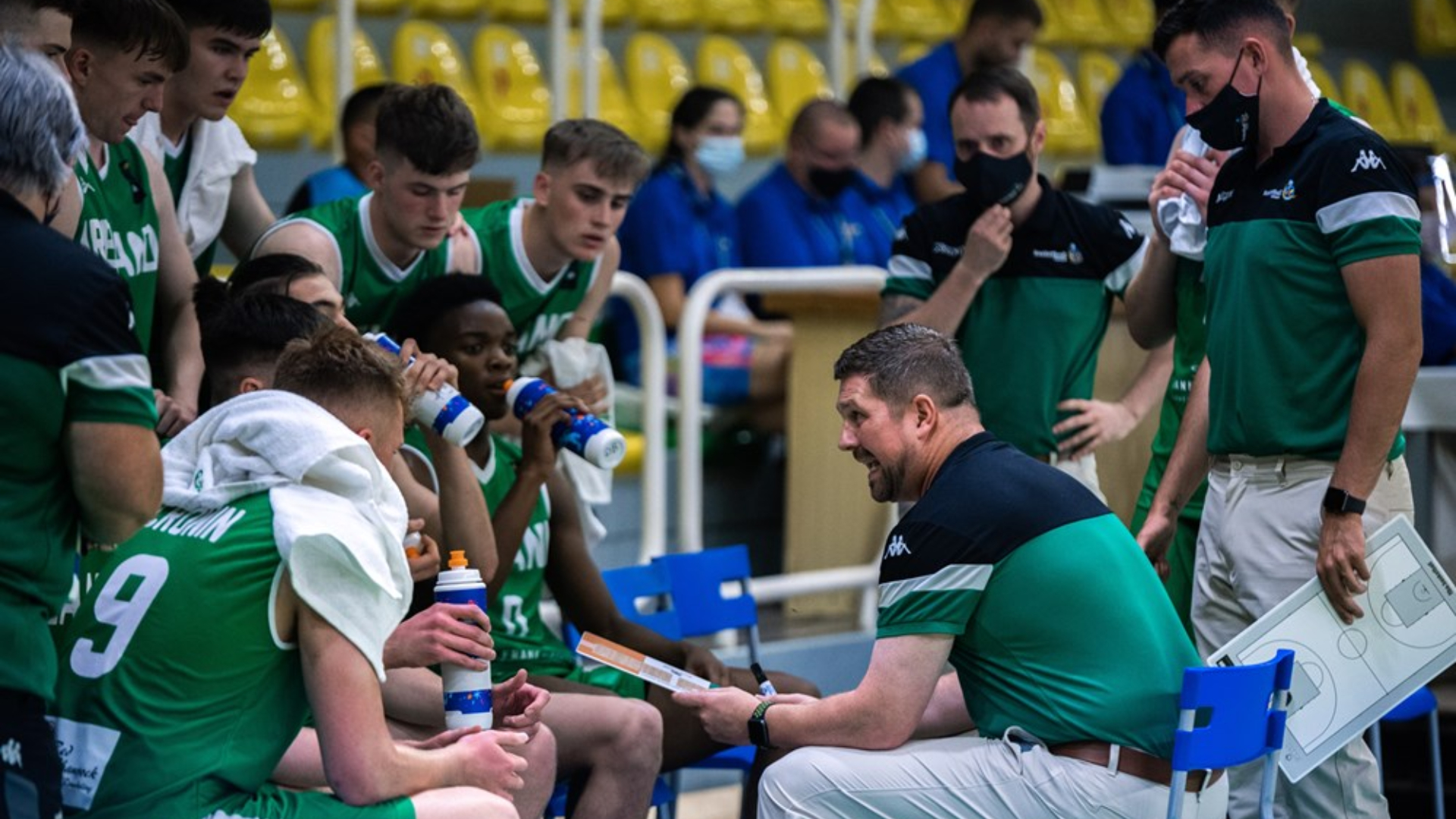 We have eight International teams that compete in the FIBA European Championships:

We have two international teams that are Development Squads: U17 Men and Women.