MVP Trudy Walker scored 35 points and had 26 rebounds to help Abbey Seals Dublin Lions to a 80-68 win over Phoenix Rockets and claim the InsureMyHouse.ie Women’s Division 1 National Cup at the National Basketball Arena, in their maiden season as a MissQuote.ie Division 1 club.

It’s been a dream first National League campaign and they led this final from start to finish. They raced to a 32-8 advantage at the end of the first quarter, Walker lighting up the court with 17 points in the opening 10 minutes, while Ciara Wheeler hit 10 points – including three from the three-point line - and it appeared it was going to be one-way traffic. 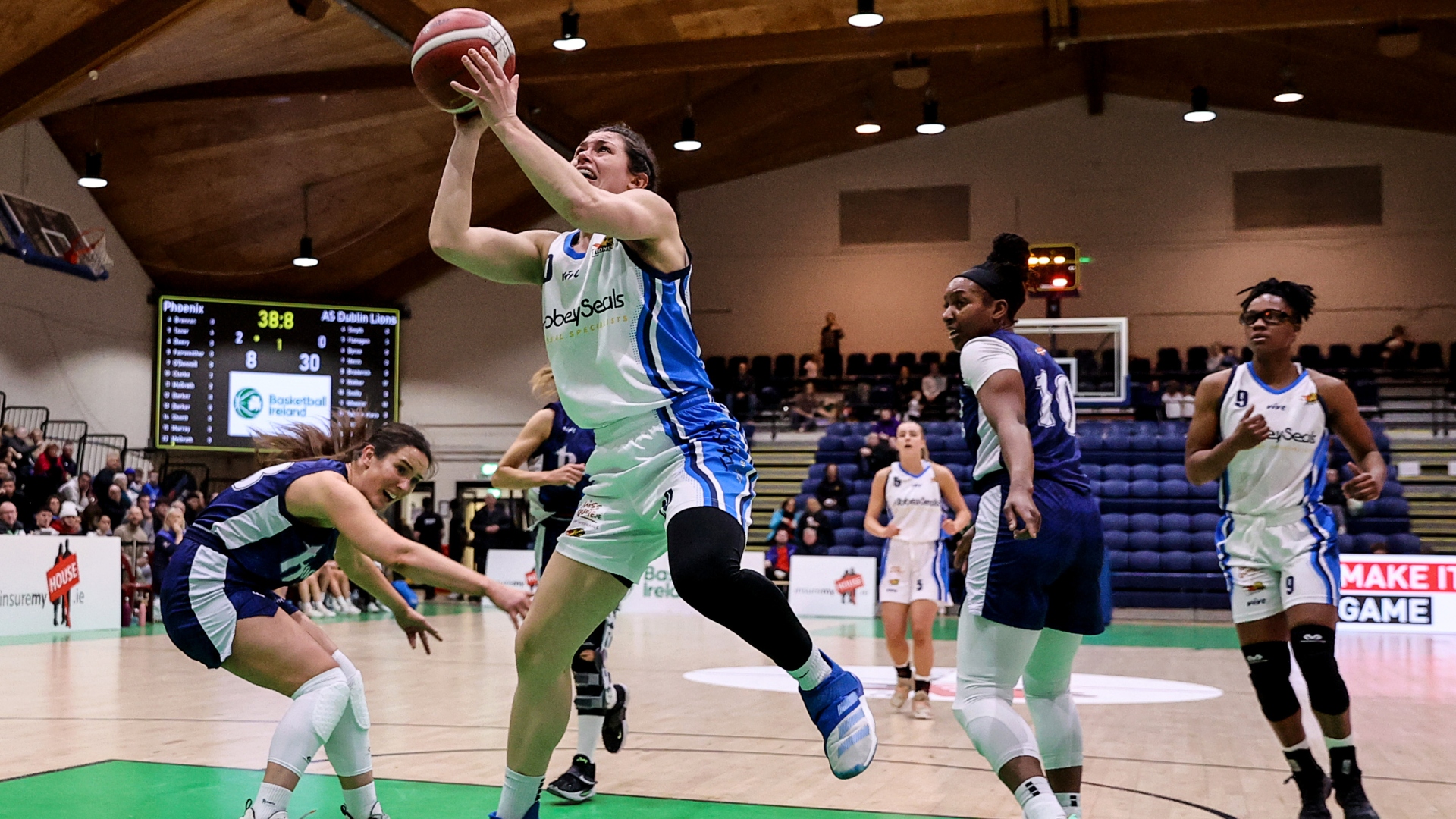 To their credit Phoenix Rockets came right back in the second quarter and narrowed the deficit to 15 points by half-time 45-30, Clark Calisha and Georgie McGrath with six points apiece for the Belfast club, while the potent Walker was limited to just two points in the quarter for Abbey Seals Dublin Lions.

But just when Phoenix Rockets may have thought they had a handle on Walker, she exploded into life once more in the third, rattling off 14 more points, to help Abbey Seals Dublin Lions to 69-46 lead.

Abbey Seals Dublin Lions have kept Phoenix Rockets at bay ever since starting with a 32-8 first quarter, leading by 23 going into the last.

Rob White’s team would have been warned - having witnessed Phoenix Rockets' remarkable fourth quarter turnaround in the semi-finals against Portlaoise Panthers - and complacency was never an issue, as they negotiated their way through the final quarter, their buffer from the opening three quarters enough to see them through on a scoreline of 80-68.

Speaking afterwards MVP Trudy Walker said: "Coming over here Rob (White) asked me to just assist the team, bring my leadership skills and my knowledge of the game of basketball and I think I did it. I'm just speechless to be honest. I told myself and my teammates this morning that we just had to have confidence coming out here. Respect our opponents, but not fear them. One thing coach White tells us all the time is continue to play as a team, trust one another and everything would fall together today and it has."