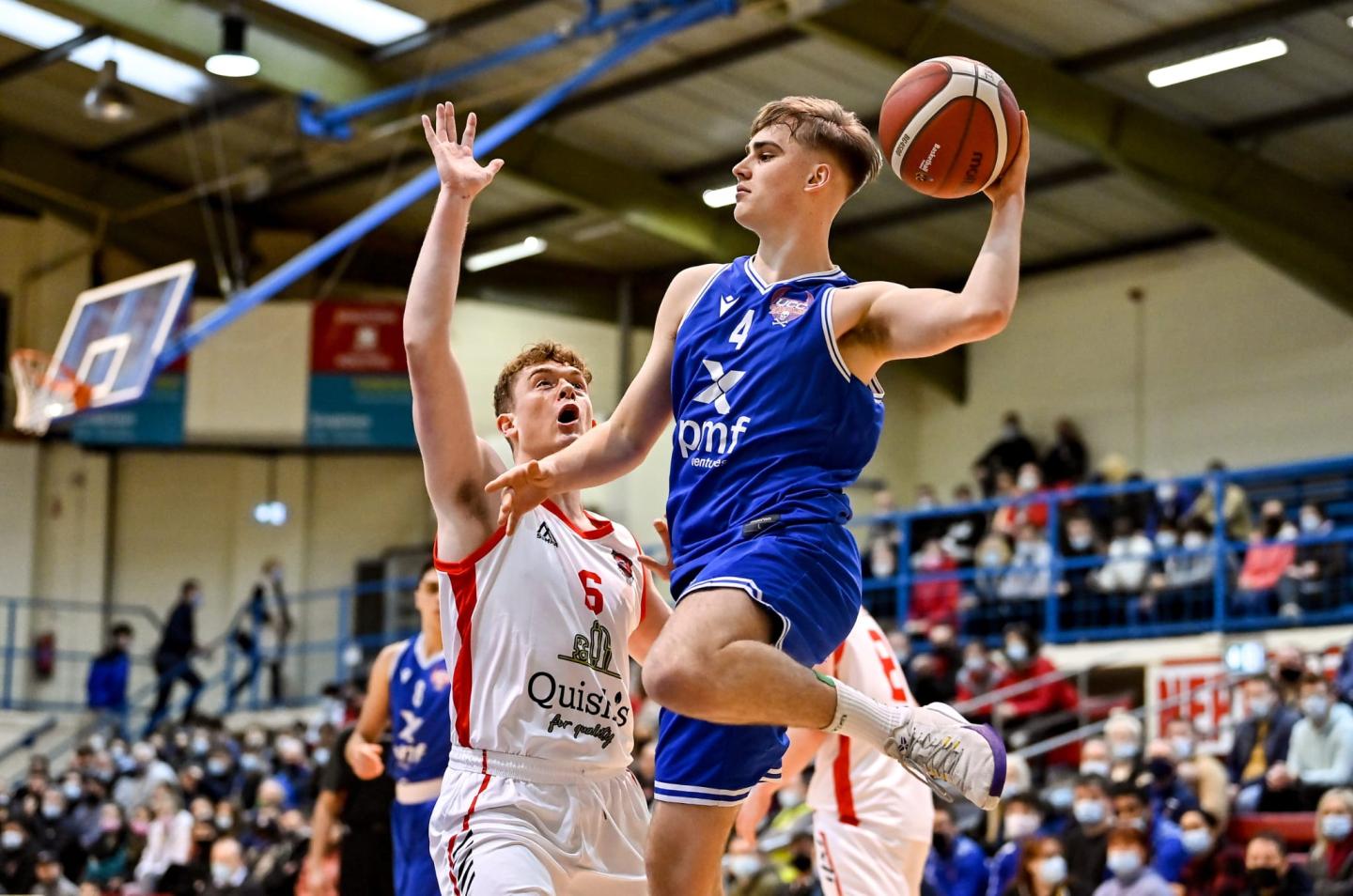 UCC Demons beat Ballincollig BC 80-64 in the U20 Men’s InsureMyHouse.ie National Cup semi-final

UCC Blue Demons are into U20 Men’s InsureMyHouse.ie National Cup final after defeating Ballincollig BC 80-64 in a Cork derby at Neptune Stadium on Sunday. Ben Horgan and Mathew McCarthy top scored with 19 points each, while captain Jack O’Leary scored 14 points, in a commanding performance from the UCC Demons captain.

Horgan opened the scoring with a three for UCC Blue Demons and they had a five point advantage midway through the first quarter, 11-6, thanks to a Horgan layup. With three minutes to go a three-point jump shot from Ballincollig’s Areminus Kremenskas saw them trail 12-9. Luke Sutton was shooting well early on for Demons and he had the final points of the quarter, to make it 21-16.

It was a low scoring start second quarter, but it exploded into life in the last four minutes. Horgan had eight points, including two three-pointers and Blue Demons had an eight point advantage at 34-26 with three minutes to go. For Ballincollig, Colm Blount, brother of Ireland senior international Jordan Blount, was having a fine game - his layup made it 37-30. Blount scored 15 points before the break,  but it was UCC Blue Demons who led 39-30 at half-time. 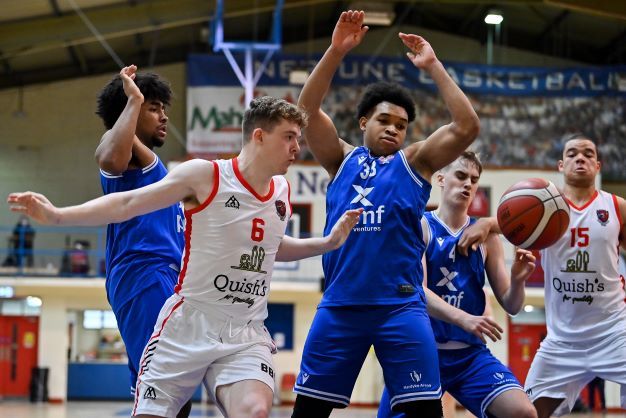 Sean O’Flynn’s three pointer gave Ballincollig the perfect start, to reduce the deficit to 39-33. But UCC Demons opened up a 15 point lead midway through the quarter, 51-36, after Mathew McCarthy converted one of his two free throws.

A Jake Orji three with four minutes to go in the quarter made it 54-36 to UCC Blue Demons. With thirty seconds left in the quarter Sean O’Flynn landed a big three to see Ballincollig trail 60-47. But the last word in the quarter went to Orji, with a lovely buzzer beater to hand UCC Blue Demons a 62-49 advantage and it was met by a loud roar from the team bench and supporters in Neptune Stadium.

‘I’m absolutely over the moon with that performance’ - @Bluedemons_BC U20 head coach Shane McCarthy was ecstatic with his team’s win in the @Insuremyhouseie National Cup semis 🏀🎙 pic.twitter.com/vUypBvZelJ

O’Leary was consistently pulling the strings for UCC Blue Demons and created some space for Horgan to land another three pointer with two and a half minutes gone in the fourth quarter, to open up a 15 point gap again, 69-54.

Jordan Ukah linked up nicely with Orji layup midway through the quarter to make it 75-58 and it looked like Ballincollig had too much to do to claw their way back into it.

A three from Kremenskas for Ballincollig reduced the deficit to 76-62 with 3’30 left. But UCC Blue Demons managed the game out, to win 80-64. They will play either UCD Marian or KCYMS in the final in two weeks’ time.

Shane McCarthy, UCC Blue Demons head coach said: “I'm absolutely over the moon with the performance. The club is in good hands, we had three 17-year-olds out there playing today which is unbelievable and most of the team are underage again next year, so to get to the final this year, ahead of the curve of where we want to be, I'm absolutely thrilled.

“To me, I don't care what you say, Jack O'Leary is the best guard in the country, at Under 20 level there's no one near him. We'd a bad injury scare with him last night and he played through the pain today. We'll get him into physio straight away in the morning and see how we go for the next two weeks. We'll take care of him. It's been a big weekend for Jack; he's a big part of the senior team, but he's a huge part of my team, so we'll see how it goes.”

“We're dangerous, I think we've five or six guys who played huge minutes for us, the rest of the guys are younger. We share the load all the time, everyone has the green light and they play with confidence, they all know I won't give out to them for taking shots. It's what we're here for.”