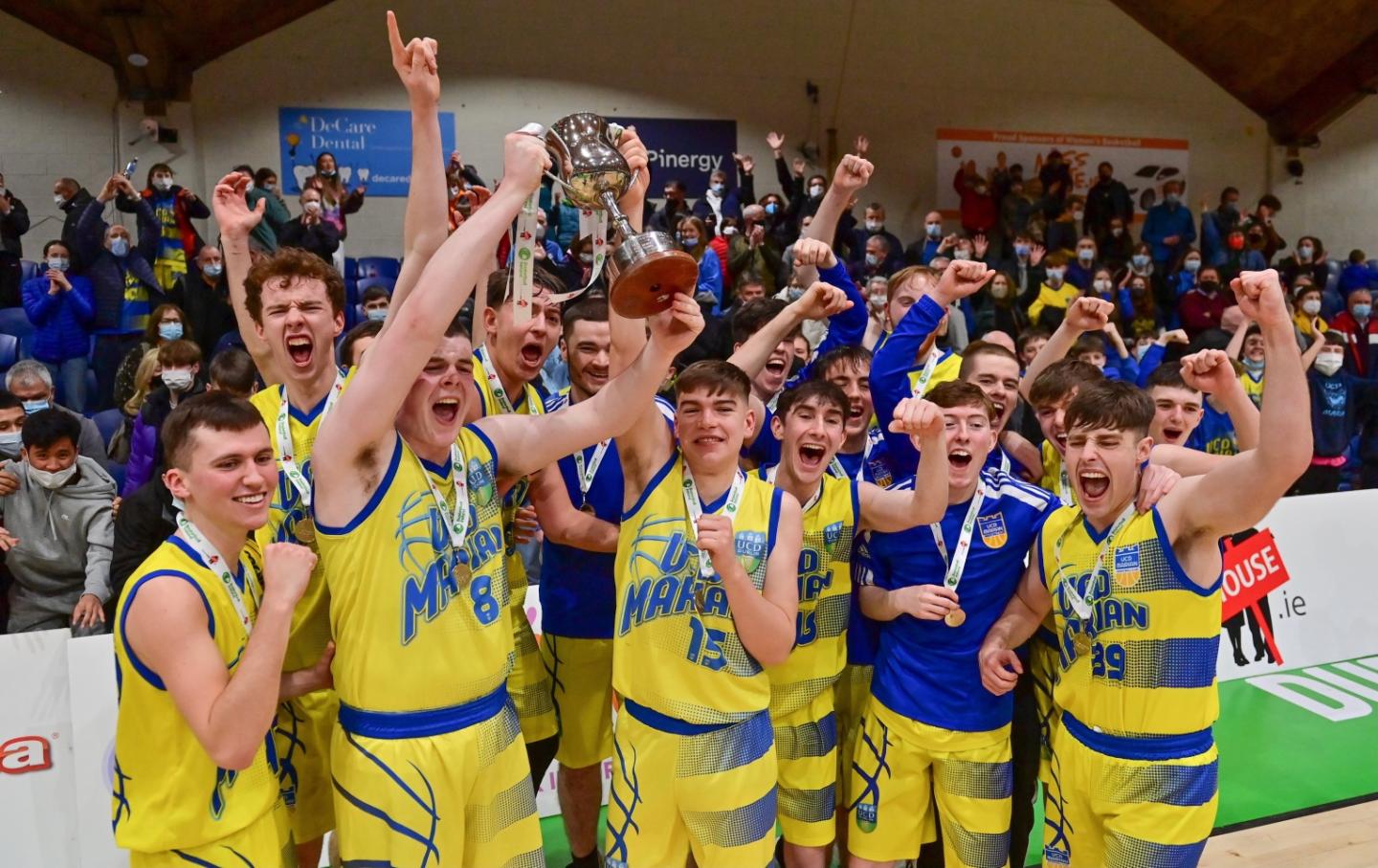 A Conor Walsh three helped UCD Marian race to an early 10-2 lead with three and a half minutes gone. But UCC Blue Demons fought their way back, Jack O’Leary’s three point jump shot with a minute to go made it 12-11. Colin O’Reilly then landed a three point jump shot of his own almost immediately and a Shane Morgan jump shot with the clock running out made it 17-11 at the end of the first quarter to UCD Marian.

That lead was stretched to nine points two and a half minutes into the second quarter, when Gilleran landed a three, to make it 22-13. But a six point run, started by Jordan Ukah and followed by baskets from O’Leary and Luke Sutton saw Demons trail 22-19 with four and a half minutes remaining in the second and it prompted a UCD timeout.

UCD steadied themselves and with two minutes to go a Gilleran three - his third of the game - made it 29-22, bringing his tally to 11 points by half-time. It would be 29-25 to UCD Marian by the break.

The third quarter was slow to get going, Ronan Byrne made it 36-29 with two minutes to go, but O’Leary responded immediately, 36-31. Four points from Sotiris Miltiadis sandwiched around another O’Leary basket left it 42-34 going into the final quarter.

Two Matthew McCarthy free throws got UCC Blue Demons off to the perfect start in the fourth, but two minutes into the quarter four points by Colm O’Reilly, a rebound and a layup, had UCD Marian ahead by 13 points, 51-38. UCC Demons called a timeout, but 30 seconds after the restart Ronan Byrne landed a three point jump shot, to stretch their advantage to 54-38. Then came the UCD Blue Demons comeback - O’Leary landed a three point jump shot to reduce the deficit to 55-41. Another three pointer by Daryl Cuff and an Ukah layup and free throw made it 55-47 with just under two and half minutes to go. Then another from the three point line, this time landed by Matthew McCarthy and it was 55-50 with 2’01 to go.

Not long after the timeout UCD’s O’Reilly landed a layup and followed with a rebound and it was 59-50 with a minute to go. Again the Cork club rallied, a three by McCarthy saw UCC Blue Demons trail 61-56 with 13.1 seconds to go. It was followed by a monster three by O’Leary from way out with eight seconds to go, which made it a three point game, 62-59. Gilleran stretched it up to four points from the free throw line converting one of his two attempts. UCC Demons made it a one-point game once more with another beauty from the three point line by Cuff with less than a second to go. Demons harried for possession at the restart, but couldn’t reclaim it and UCD clung on for a 63-62 win.

UCD Marian head coach Fran Ryan said: “Words can't describe it. We won it 13 years ago and to wait that long for a club like our own to win that one.  Demon's, what heart, what a performance, they represented their club so well.

“The attitude of this group of young players is fabulous, and we just hope we can continue to work with them for the next few years and develop them further. I think we were 15 up with about six to go, Demons just shot the lights out in the last, and we tightened up a bit. A game like this is only about one thing, it's getting over the line, if it's one point or 21, that disappears.”

UCC Blue Demons captain Jack O’Leary said: We didn't get going and we left it way too late, but I suppose you could call it the Demon spirit, we knew that if we hit our shots that we would come back into it, so we just tried to stay positive, but couldn't get over the line in the end. Shane and Troy, every timeout, pushed us to get back in the game and made us believe, and we did believe, but we ran out of seconds I suppose.”