University of Galway Maree are three points clear at the top of InsureMyVan.ie Super League after a 100-90 win at last season’s South Conference winners Emporium Cork Basketball. It’s a three-way tie at the top of the MissQuote.ie Super League following wins for Trinity Meteors, DCU Mercy and defending champions The Address UCC Glanmire.

Trinity Meteors are proving to be a tough nut to crack in this year’s MissQuote.ie Super League, they got the better of a youthful Waterford Wildcats side on an 82-68 scoreline. The visitors were without a crucial cog in their system in Sarah Hickey, but it was Tommy O’Mahony’s side who started the better of the two, leading until the middle of the second quarter, but Trinity Meteors showed their class to establish a lead going in at the break. Celena Taborn led the scoring with 23 points, while Irish internationals Dayna Finn (17) and Claire Melia (15) also made their presence known. 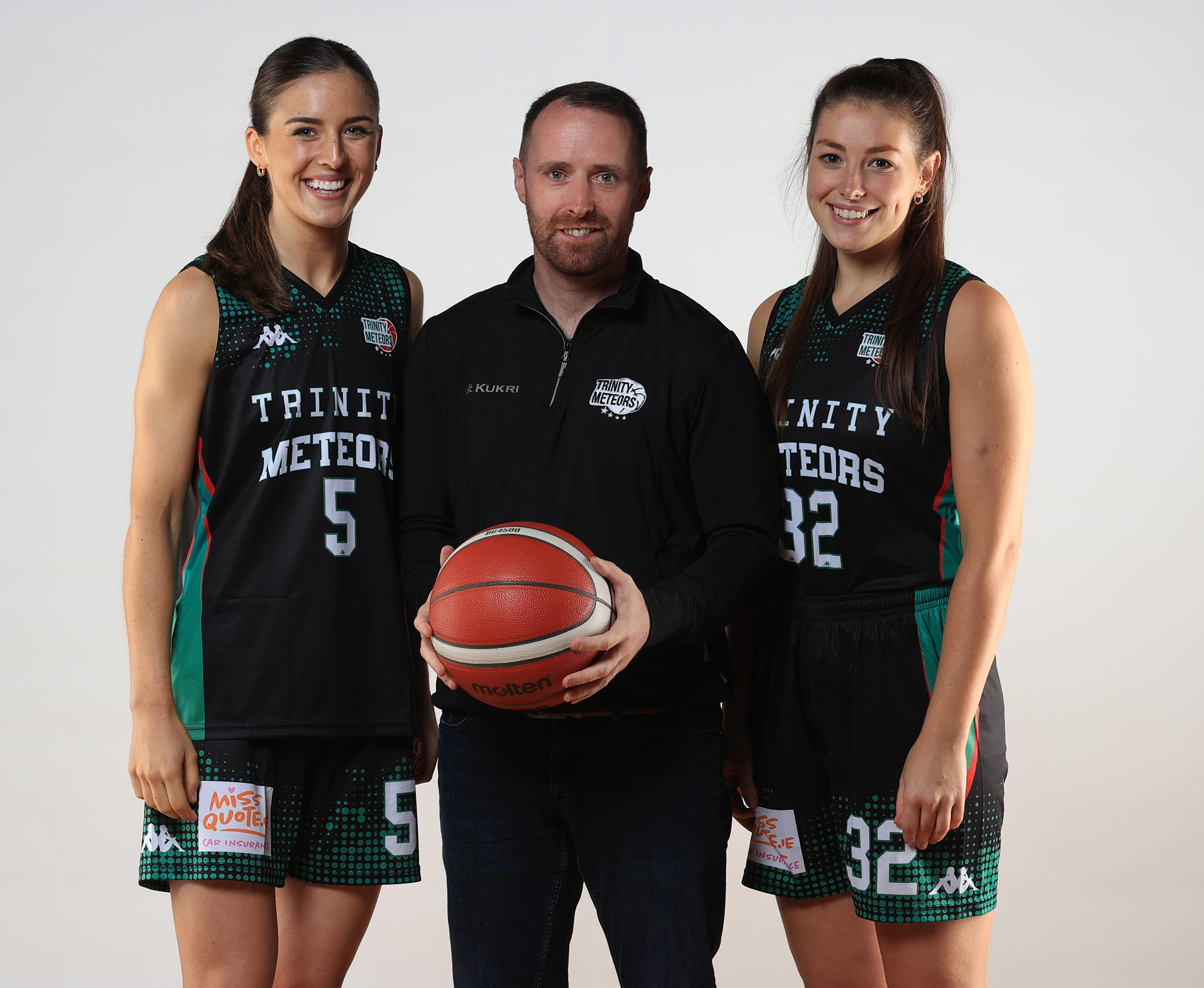 Head coach of Trinity Meteors Niall Berry praised his side for the performance and how they’ve started the season.

“We were delighted to get the win over a very strong Wildcats side. They play great team basketball, so we had to come together as a group to get the job done. It’s still a long season but this win gives us more confidence that we’re headed in the direction we want as a group. Couldn’t be happier.”

DCU Mercy impressed with an emphatic victory on the road against University of Galway Mystics to win their fifth MissQuote.ie Super League game in a row. Mystics were without a couple of key players in defeat, but DCU Mercy showed more than enough to win 79-49. Mark Ingle’s side led from start to finish with four players scoring double figures in a well-rounded performance.

Lindsey Abed top scored with 14 points, while she was joined in double figures by Ciara Byrne (13), Nicole Clancy (12) and Ciara Mulligan (11). The win marks five wins out of six this season, proving a tough side to beat after losing by a single point to Singleton SuperValu Brunell on the opening weekend. 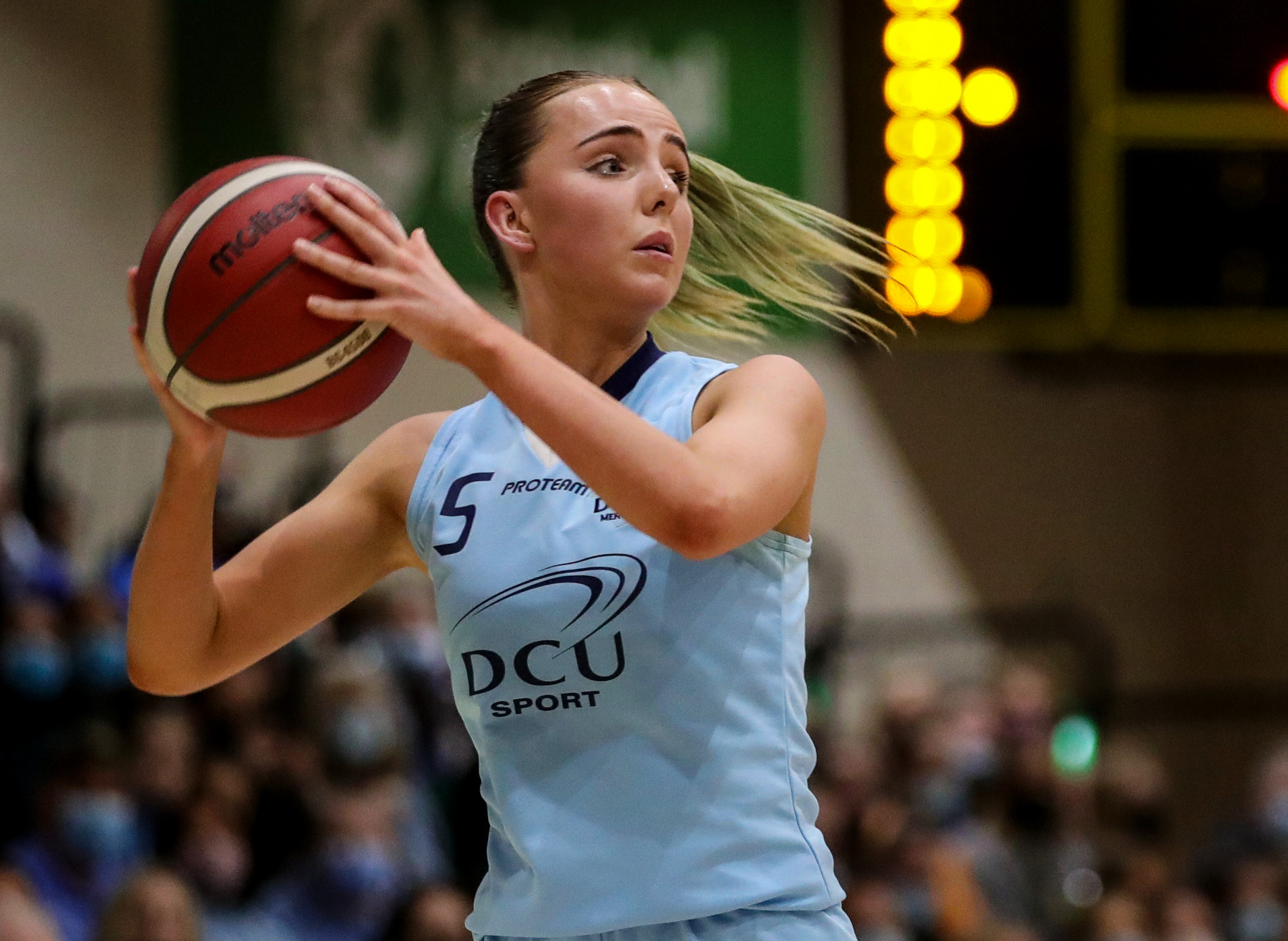 Speaking after the game, DCU Mercy head coach Mark Ingle said he was delighted with the win.

“We were delighted with the win while fully understanding that Mystics were missing some players. It was a much tougher encounter than the final score of 79-49 suggests."

Killester got their second win of the MissQuote.ie Super League season with a superb performance away to Ulster University. Mark Grennell’s side established a lead early on, but Ulster University plucked their way back into the game in the middle of the fourth. However, Killester showed a second wind to take all the points on the road. Chanell Williams was crucial for Killester, top scoring on 24.

On Sunday, The Address UCC Glanmire continued their fine league form, earning an 86-72 win over i3PT Fr. Mathews. The ever-consistent Brittany Byrd top scored with 28 points in a commanding performance from the MissQuote.ie Super League champions. That tally takes Byrd to a 33.5 point average for the season so far.

Head coach Mark Scannell stated: “Very happy to get the win today, good to bounce back, after the disappointing Cup performance last week. We played well, controlled the tempo, got back to up court pressure defence, which gave us more freedom to get out and run. We had five players in double figures also and that’s more like us.” 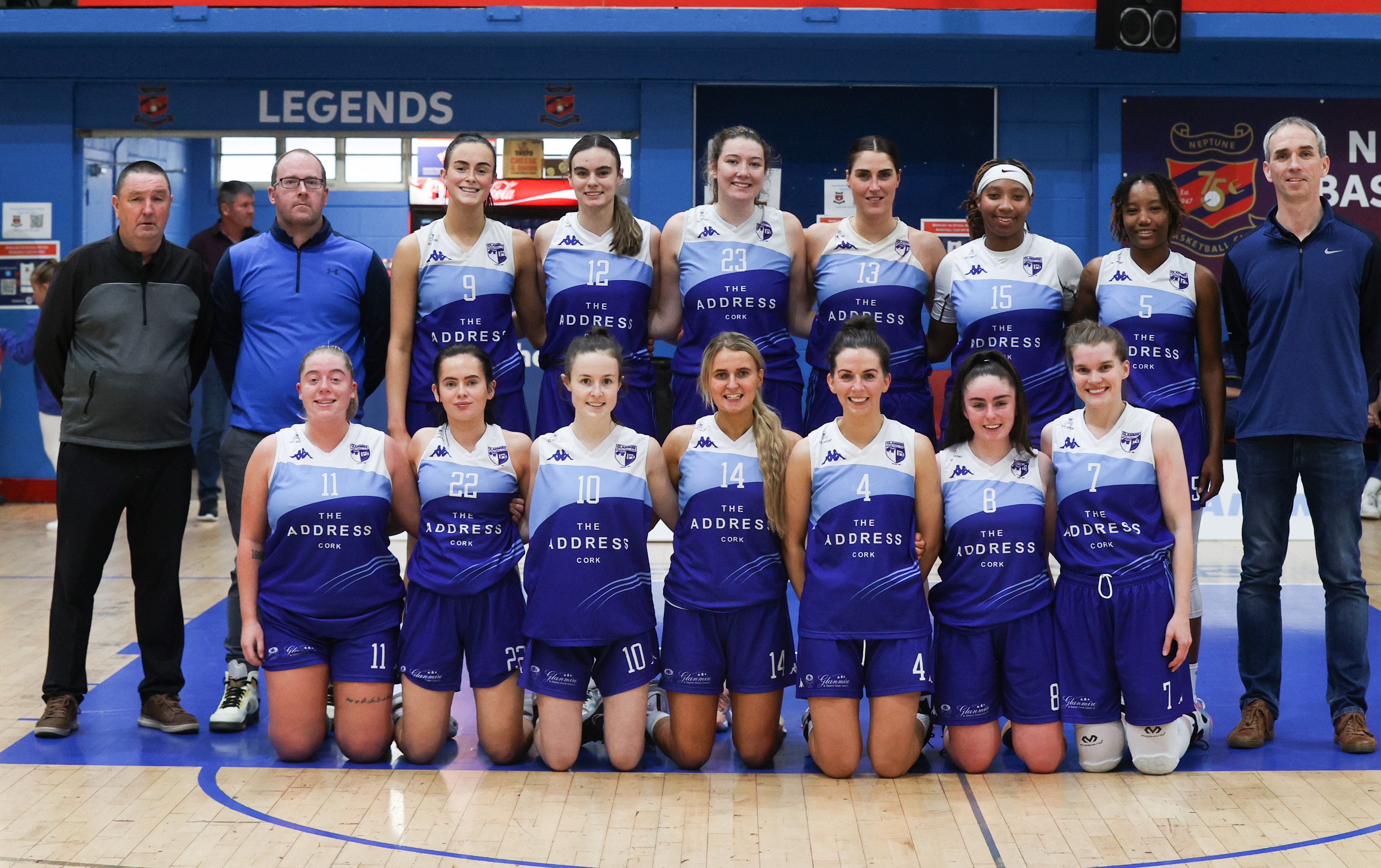 Leixlip Amenities Liffey Celtics got the better of Singleton SuperValu Brunel for the second time in two weeks, winning 83-64 at Parochial Hall. Karl Kilbride’s side also beat the Cork side in the InsureMyHouse.ie National Cup last week. Justice Coleman registered 23 points, while Brittney Thibeaux had 18 and Ireland international Áine O’Connor scored 16 for the victors. Ireland captain Edel Thornton led the offence for Singleton SuperValu Brunell, and top scored with 34 points.

Head coach Karl Kilbride said: "I was pretty happy with our performance there for three quarters. That’s probably our best defensive display of the season. It’s really difficult to beat a team back-to-back weeks and we new we were going to get their best shot after the cup game last week. We had a really good week in training this week and put a huge focus on slowing Edel (Thornton) down and for most of the game, I thought we made life really tough for her. She’s absolutely phenomenal, she finished with 34 points; but 14 of those came in the 4th quarter, when the game was dead and we were already up 31. We had really balanced scoring again with four players in double digits.
We’re hoping to keep this momentum and defensive improvement and bring it to Galway next week."

University of Galway Maree’s trip south to take on Emporium Cork Basketball was a fruitful one, edging out 100-90 victors. In the top of the table affair in the InsureMyVan.ie Super League, both teams sat on four wins from five, but it was the visitors who showed mettle in the final quarter to sit pretty in top spot. Jarett Haines was in fine form for Maree, sinking 32 points alongside teammate Joe-Junior Mvuezolo on 29.

Charlie Crowley, head coach of University of Galway Maree highlighted the boost from the travelling support.

“Good win on the road against a strong Ballincollig side. Travelling support was tremendous. Massive game against Moycullen next Saturday. We need to focus in this week with goals to improve again if we’re to be in with a chance against Moycullen.” 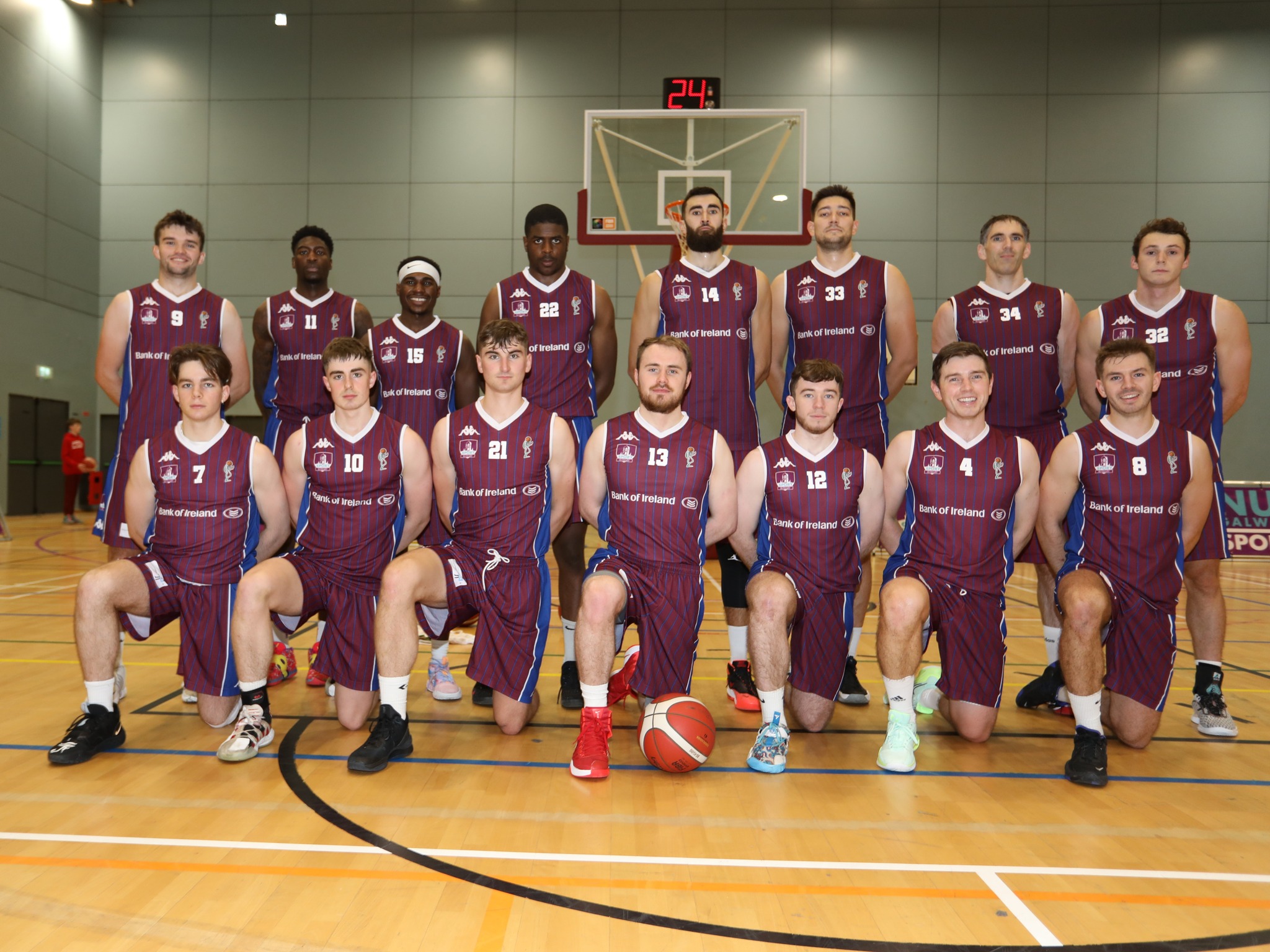 On a great weekend for away sides, reigning champions Garvey’s Tralee Warriors got back to winning ways with a solid showing against Moycullen. The hosts showed some positive signs early on and Grant Olsson proved tough for Warriors to deal with, but Moycullen’s difficult start to the season continued as De’Ondre Jackson stepped up once again to top the scoring charts with 30 points, averaging 26.3 so far this season.

“Delighted to get back to winning ways after a few weeks where we learned a lot about ourselves, particularly happy with our young guys and how they performed. It gives the coaching staff something to really think about next week going into a huge home game vs Ballincollig. Thanks to the supporters who travelled yesterday I know they have been feeling our pain and kept going with us. Huge week ahead and with big improvement if we are to defend the complex.”

After knocking out the champions in the cup last week, DBS Éanna made the fourth quarter their own to win against Energywise Ireland Neptune. It was a team performance that will please Darren McGovern with Marko Tomic leading the way in terms of scoring on 19 points, closely followed by Neil Lynch (17), Sean Jenkins (16) and Joshua Wilson (15). The teams couldn’t be separated going into the fourth, but Éanna were clinical with their shooting to ring in their fourth win of the season. Jordan Blount has averaged 25.3 points this season and he proved his worth once again in defeat, scoring 31 of his own.

“We had five guys in double figures again. When we do that it's going to be a great team performance. Nil Sabata was an obvious miss for them but we stuck to the game plan as much as possible. A win in Neptune Stadium is always something special for me too. It's my favourite place to play!” 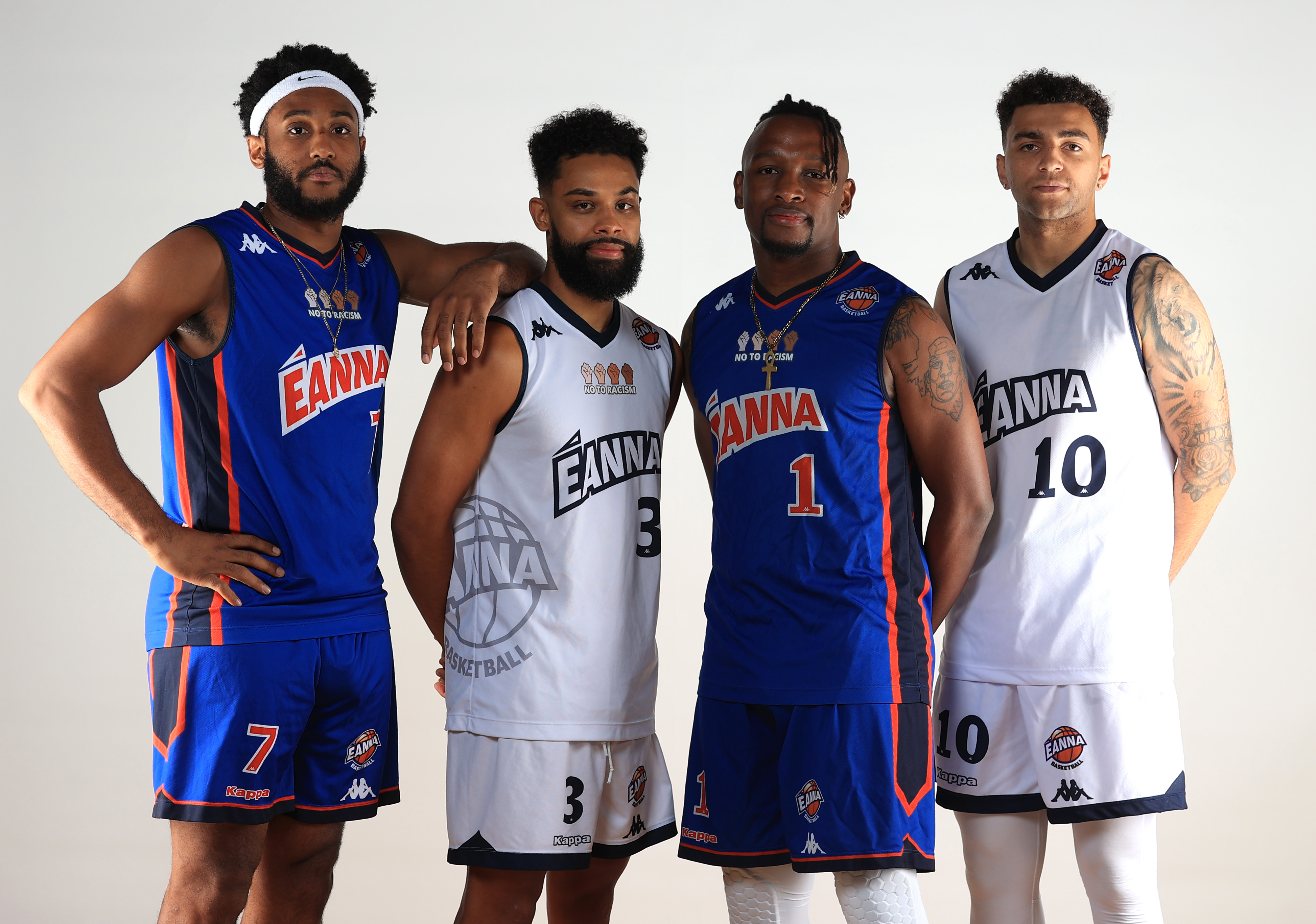 Killester welcomed Belfast Star to IWA Clontarf after a weekend away from action following a bye into the quarter final of the Pat Duffy National Cup. That break proved a useful aid to Brian O’Malley’s side. They led right from the start to secure a 76-65 win against a Belfast Star side who have found consistent form elusive of late. Chrishon Briggs led the scoring charts with 26 points in defeat, while Paul Dick was crucial for Killester, scoring 24 of his own.

Speaking after the game, Killester head coach Brian O’Malley had this to say:

“Very happy to come out on the right side of a tough battle. Star have been playing really really well this far and they've huge firepower. It was a good performance from us for the most part, still a few things we'll take from the game to look at during the week.” 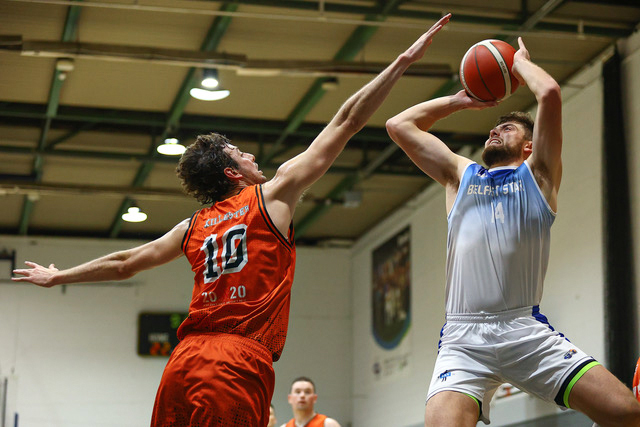 Bright St. Vincent’s got their second win of the league season with a 93-79 win over the promoted EJ Sligo All-Stars. It was also their second win against the Sligo outfit in as many weeks after dumping them out of the cup last week. The sides were close throughout the first half, but a late flurry from the visitors was crucial as they opened up a lead that couldn’t be bridged in the second half. Stefan Zecevic top scored with 32 points, while player of the month, Gregory Poleon got 29 for EJ Sligo All-Stars.

Griffith College Templeogue picked up their third win of the season with a well-earned win away to UCD Marian. It was the home team who went in with a one point lead at the break, but a 31-18 third quarter did the business for Mark Keenan’s side. Eventually winning on an 88-70 scoreline, Francis Mulvihill headed the scoring charts with 29.

“Really happy with last night's win to get us back on track. Especially happy with our second half performance where we stepped up our defensive level a few notches which caused ucd some problems. Great contributions from all the guys,” said Griffith College Templeogue head coach Mark Keenan.

In Sunday’s only game, UCC Demons were 94-87 winners over Flexachem KCYMS at the Mardyke Arena. Tala Fam Thiam top scored with 20 points, while former Ireland captain Kyle Hosford contributed 16 points, as they improved to a 4-2 record.

In InsureMyVan.ie Division One there is a three-way tie at the top, with Limerick Sport Eagles, Moy Tolka Rovers and Drogheda Wolves leading the charge. Limerick Sport Eagles took the victory and the bragging rights over Limerick Celtics in the derby, Matt Hall’s outfit won 99-92, to leave them with a 5-1 record. Manny Payton was top scorer on 32.

Moy Tolka Rovers maintained their good start to the season with an 87-75 victory over Abbey Seals Dublin Lions in a closely contested game. The sides couldn’t be separated throughout and went into the last quarter on level terms, but the class of Moy Tolka Rovers shone in the end. Matt Treacy and Daniel Ayoade’s 20 point tallies were crucial to the victors, while Tiernan Howe impressed with 28 for Dublin Lions.

Malahide had an impressive first quarter, as they recorded an 87-60 win over Portlaoise Panthers, to win their fourth game of the season. Trevor Recio led the way in terms of scoring, on 26. Ulster University are in fine form, sitting on four wins this season, after beating SETU Carlow 77-66 on the road.  Girts Celms top scored with 21 points.

Another team on four wins are Dwyers of Cork Fr. Mathews, after they got the better of SETU Waterford Vikings, 78-48. The scoring was evenly spread for the victors ,with Jonathan Garcia leading the way on 15 points.

McEvoy’s Cavan Eagles tasted defeat for the first time this season at the hands of Phoenix Rockets. Winning on a 56-53 scoreline, it was Georgie McGrath who top scored for Phoenix Rockets, with 16.

Oblate Dynamos got their second victory with a 72-68 win over Abbey Seals Dublin Lions. Oblate opened up a 15 point lead in the second, but their lead was bridged by the home side before it went down to the wire in the fourth. Amelia Motz impressed for Dublin Lions with 24 points to lead the scoring charts.

SETU Carlow had Scout Frame’s 28 point tally to buoy them to a 77-63 victory over Marble City Hawks, their second win of the season.

Moy Tolka Rovers edged out Limerick Celtics 61-53 to secure their fourth victory of the season. Shelby Cheyanne Cheslek led the way for the visitors with an impressive 30 points.