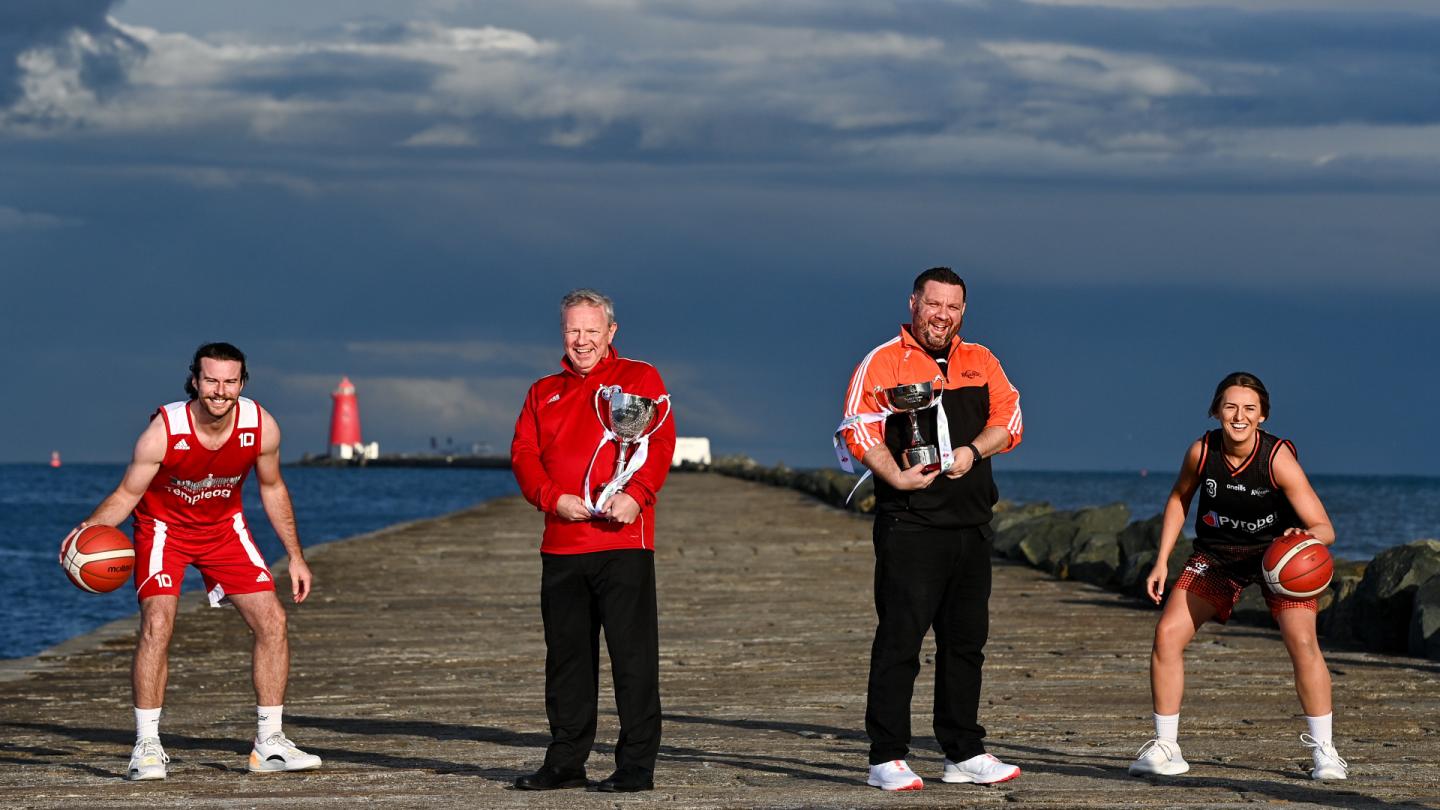 Head coach Mark Keenan is delighted to be back playing in the prestigious competition. “We’re really looking forward to getting the defence of our Cup title underway this weekend in Galway. We played Maree in their pre-season tournament, so we know they’re a very good all-round team with great depth to their squad this season. They have added two very exciting free scoring Americans and we will need to play our best in order to come out in top.”

DBS Éanna lost out in the National Cup final last time out and they begin this season’s competition with a trip to Belfast Star once more. “We had a good journey in the last National Cup campaign and it started away to Star, so if we can follow that path again I'd be delighted. Star are excellent, brilliant players and coaching staff. We have had a rocky start to the season with injuries, so if we can crawl over the line on the night we all would be delighted”, head coach Darren McGovern said.

Adrian Fulton feels there is more to come from his players after a mixed start to the season. “We are trying to just focus on raising our own level of performance ahead of this weekend. Even though we have been in every game, we haven't been playing well. We have only played in patches and that won't be good enough on Saturday. Éanna are loaded with talent and have a lot of depth, so we know we have our hands full. After the disappointment of losing last weekend, the lads have responded well and are continuing to work hard in practice. It should be a good game.”

“We are certainly looking forward to it and hopefully we get a good performance for our guys.”

His Killester counterpart Brian O’Malley added: “The National Cup is special for the Irish basketball calendar, everyone wants to be there on the biggest of days. To get there you've to go through all the steps and that starts for ourselves and DCU this weekend. Both teams can take a break from the league, where we haven't had the best starts, but that form is out the window and it's all to play for.”

On Sunday Garvey’s Tralee Warriors host Tradehouse Central Ballincollig as two form sides do battle. Garvey’s Tralee Warriors head coach John Dowling is hoping that home advantage will prove telling: “The guys have had a good week of practice and can’t wait for Sunday in the complex in front of a packed crowd. Ballincollig have shown they are one of the top teams in the league this year with thier start and have won three National Cups as a club already with the O’Sullivan brothers themselves winning several with Demons down the years. So it’s huge task for our guys, but we’re at home in front of the best fans in Ireland, so we’re hoping to give ourselves a chance to win the game going down the stretch.”

Tradehouse Central Ballincollig won InsureMyHouse.ie President’s National Cup in 2020, when in Division One. Now promoted to the Super League, their head coach Kieran O’Sullivan is fully aware of the task at hand against his former side. “These are the games the players train for, going back to my old team, playing one of the favourites for the league, a packed complex, this will be a massive test for us. They have a dedicated coach, huge experience and fine professionals in their ranks, so they are balanced team. We have a fine record in previous National Cups and hopefully we can continue our good start to the season.”

“We've had a couple of tough losses and there is nothing better to focus the mind. I think we’ve learned a lot as we always knew we are are work in progress after a long layoff and so many changes to our roster. I’m delighted with the players effort and workrate, we just need the cohesion to happen and the thing that every team needs is a bit of luck and we’ll be fine. The Killester game is huge we are playing a great team on their own court, who are on a great run of form. However it’s a one-off game and I have great confidence my players will rise to that challenge.”

Killester head coach Karl Kilbride thinks it’ll be another tight contest. “We had a really close game this past weekend that could have gone either way. They are such an experienced team with an excellent coach and so much fire power, they’ll go into the game as serious favourites. Adding Claire Melia back into the mix obviously makes them all the tougher again. However, that’s what makes the magic of the Cup. This will be the sixth time in the last seven seasons that we’ve played Glanmire in the Cup. Both teams know each other inside out.”

“We know if we play to our potential, we are good enough to beat anyone, particularly at home. However, of all teams, we know if we’re not at 100%, Glanmire will make us pay for every little mistake. They’re going to come out and try to run us off the floor early and we need to be able to weather that storm. Our last three contests against them have been won in the last minute or overtime, so I’d expect Saturday to be another close one. It will most likely come down to who can execute their game plan most effectively, who can limit their mistakes and most importantly - with the scoring power on the floor - who can get stops at crucial times. We can’t wait for Saturday to get here!”

Team Garvey’s St. Mary’s host DCU Mercy, Mark Ingle’s side came out on top 72-43 when the sides met last Saturday in the MissQuote.ie Super League, but Liam Culloty is hoping lessons have been learned and that home advantage can been telling this time round. "We are obviously delighted to be at home in the first round, but we know we have a tough task ahead of us. DCU are one of the strongest teams in the competition and we know from last weekend’s league game against them how tough they are. We will give it our all and hopefully get a great crowd to push us on."

There are two games in the MissQuote.ie Super League, IT Carlow have a double header, facing Leixlip Amenities Liffey Celtics at home on Saturday, before a trip to play WIT Waterford Wildcats on Sunday.

Leixlip Amenities Liffey Celtics come into the game off the back of a 77-74 win over The Address UCC Glanmire, their head coach Yiannis Liapakis said: “It’s going to be a very difficult and physical game. Especially after the performance we had last Monday, we want to keep the momentum and continue build on that. We know that IT Carlow haven’t won yet, but they had only one American, now they’re going to have a second one as Kojack (IT Carlow head coach, Martin Conroy) mentioned last week and they’re going to do their best to beat us in their home. We’re really looking forward to Saturday’s game and we’re getting ready the best we can.”

WIT Waterford Wildcats head coach Tommy O’Mahony added: “Unfortunately this game was postponed due to health issues, so delighted to get the opportunity to play this weekend. It Carlow have some very tough players, so we will have to play at our best to be in with a chance."