Portlaoise Panthers were first off the mark, five points from Gillian Wheeler, followed by Shauna Dooley’s three point jump shot, moved them 8-0 in front a minute and a half in.

Kate Hickey got Waterford Wildcats up and running with a three point jump shot, however Dooley’s layup straight afterwards had the Panthers 10-3 ahead. Waterford Wildcats went on an eight point run, started by Anna Grogan’s three point jump shot, and finished off with Kate Hickey’s layup and subsequent free throw, after being fouled. A pair of baskets for Portlaoise Panthers re-established a lead for the Midlands side, 14-11, five and a half minutes in.

Waterford Wildcats then went on a 13 point run and never looked back. Ciara Butler landed a three with 43 seconds left in the quarter and it was 24-14 to Jillian Hayes’ side, before a late Lisa Blaney layup made it 24-16 at the end of the first quarter.

The Hickey sisters, Kate and Sarah, had 9 and 7 points respectively in the opening quarter and they continued where they left off in the second quarter, Sarah Hickey’s layup with a little over three minutes gone made it 31-20 to Wildcats. Illanna Fitzgerald cut inside for a layup and it was 35-20 with three minutes to go. A Sarah Hickey layup shortly afterwards and Wildcats had a 17 point lead.

Portlaoise Panthers responded with four points, a Hannah Collins layup and two free throws by Ciara Byrne, to reduce the deficit to 37-24. A Grogan layup in the final minute stretched it to 39-24 at half-time in favour of the Wildcats. Sarah Hickey had with 13 points and 12 rebounds by the break, while her sister Kate was on 12 points. 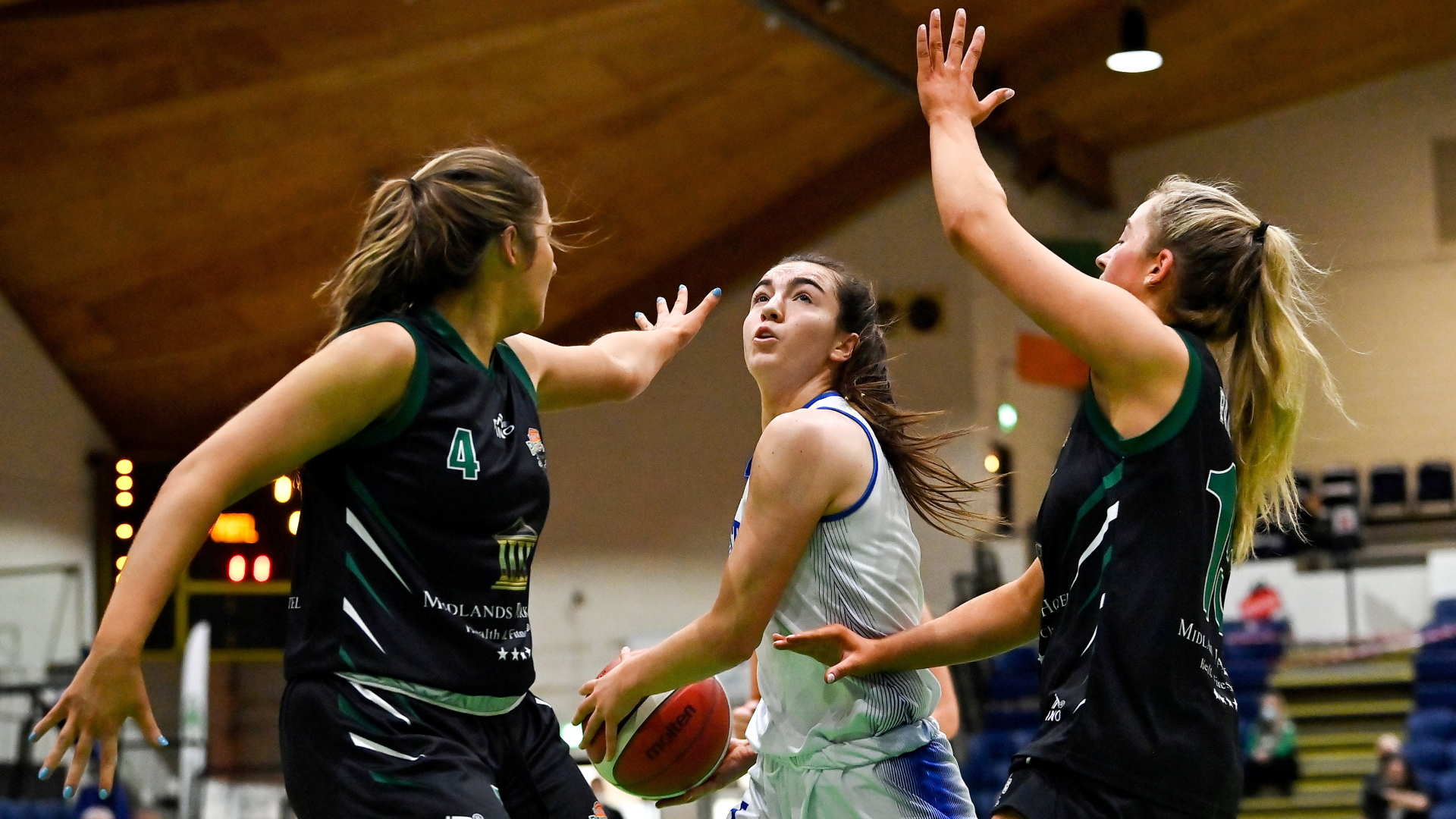 A nice scooped layup from Lisa Blaney in the fourth minute of the third saw Portlaoise Panthers trail 43-30. A pair of layups and two free throws from Ciara Byrne followed and it was a seven point gap, 43-36. Kate Hickey broke that scoring run with another layup for Wildcats, then Sarah Hickey landed two free throws to make it 47-36 by the midpoint of the quarter. Blaney’s layup with 1’50 left and it was a 10-point game, 49-39, but Sarah Hickey notched up the quarter’s final points with 21 seconds to go and Waterford Wildcats were 51-39 in front.

A Bami Olukovode layup for Waterford Wildcats in the fourth minute of the final quarter had them up 56-43. Portlaoise continued to try and force their way back into it, a steal and layup from Wheeler and it was 58-46 midway through the quarter. But Sarah Hickey continued to torment Portlaoise Panthers, her layup with 4’14 left brought her to 24 points and Waterford Wildcats led 60-46. The Wildcats side safely negotiated the final minutes to run out 67-51 winners.

Jillian Hayes reacts to @WITWildcats winning the @Insuremyhouseie U20 Women’s National Cup - as a head coach & a parent! 🏆🎙 #NationalCup pic.twitter.com/qlmkjXMvvD