UCD Marian claimed the InsureMyHouse.ie Men’s National Intermediate Cup Competition, with an 83-58 success over Leixlip Zalgiris. UCD Marian’s centre Antonio Castillo was dominant in the inside, with 23 points and 12 defensive rebounds and three offensive rebounds, to deservedly claimed the MVP - his coolness throughout summed up by him wearing sunglasses for MVP presentation after the game.

It was a tight opening quarter with Leixlip Zalgiris holding the slenderest of leads at the end of it, 17-16. The start of second quarter was also close, there was a lovely three from the corner by Marius Kasperavicius to bring it to 21-21 in the third minute. Conor Meany hit a hot streak in the second quarter, his three point jump shot made it 26-21 to UCD Marian. Their advantage was seven points, 30-23, midway through the quarter, following Colm O’Reilly’s basket. 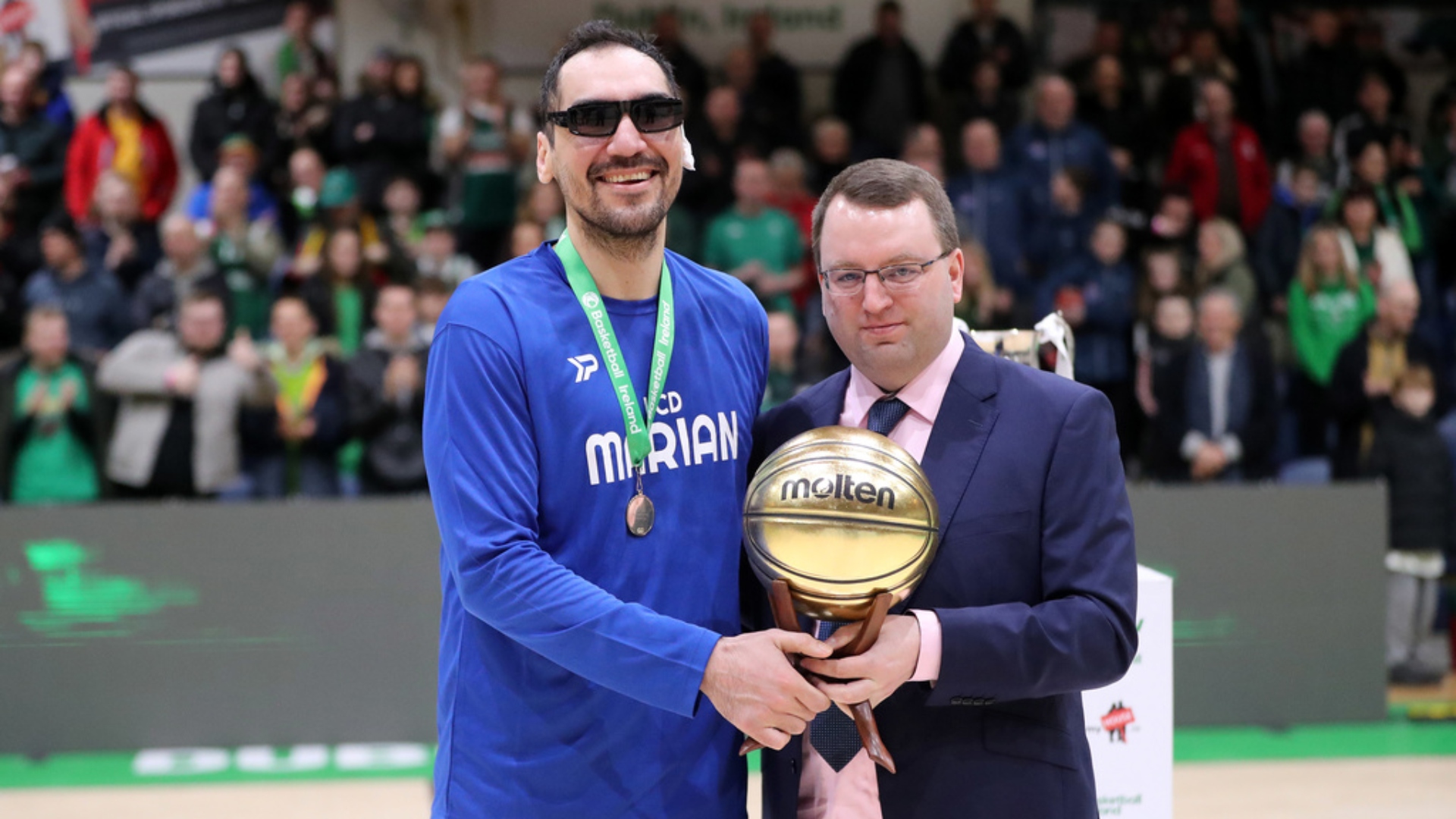 Leixlip Zalgiris came back and got within a point with three minutes to go, 32-31, following Aurimas Statkus’ layup and subsequent free throw, after he’d picked up a foul.

UCD Marian built a lead once more, a big three on the half-time buzzer from Meany, followed by a clenched fist celebration, handed UCD Marian a 39-31 advantage at the break.

Andrius Lekavicius got Leixlip Zalgiris off the mark in the third quarter to make it a six point game. But UCD Marian started to take control of this game, a neat pass from Meany picked out Castillo in the paint and his flicked layup extended UCD Marian’s advantage to 47-34. Leixlip Zalgiris struggled to find their range early in the quarter, but finally got going with an eight point run – Statkus and Kestutis Damulevicius with three’s either side of Dalius Tamosauskis’ basket, to trail 51-42. A turnaround jump shot from Meany, another layup from the imposing Castillo and a big three from David Drumm had UCD Marian up by 18 points. Leixlip Zalgiris managed to reduce that deficit - a three from by Marius Kasperavicius as he fell to the floor made it 60-47 at the end of the quarter.

Kasperavicius began the fourth with another three-point jump shot and the gap was now 10. But UCD Marian weren’t be denied, a dunk by Colm O’Reilly had them ahead by 19 points, 72-53, with 5’35” left on the clock and there was to be no dramatic comeback from their County Kildare-based opponents.

UCD Marian head coach Gareth O’Reilly said: “Our defence really kept us in it to be honest with you. There was a couple of times they had two three-point shots in a row, but we really just locked in on defence. Antonio (Castillo) was amazing inside, just to control the inside threat we felt coming into the game was the biggest thing by a million miles and we managed to do that. We got into a bit of foul trouble early on, but overall we were patient on offence and moved the ball and let our experience show. Overall, really, really happy.”