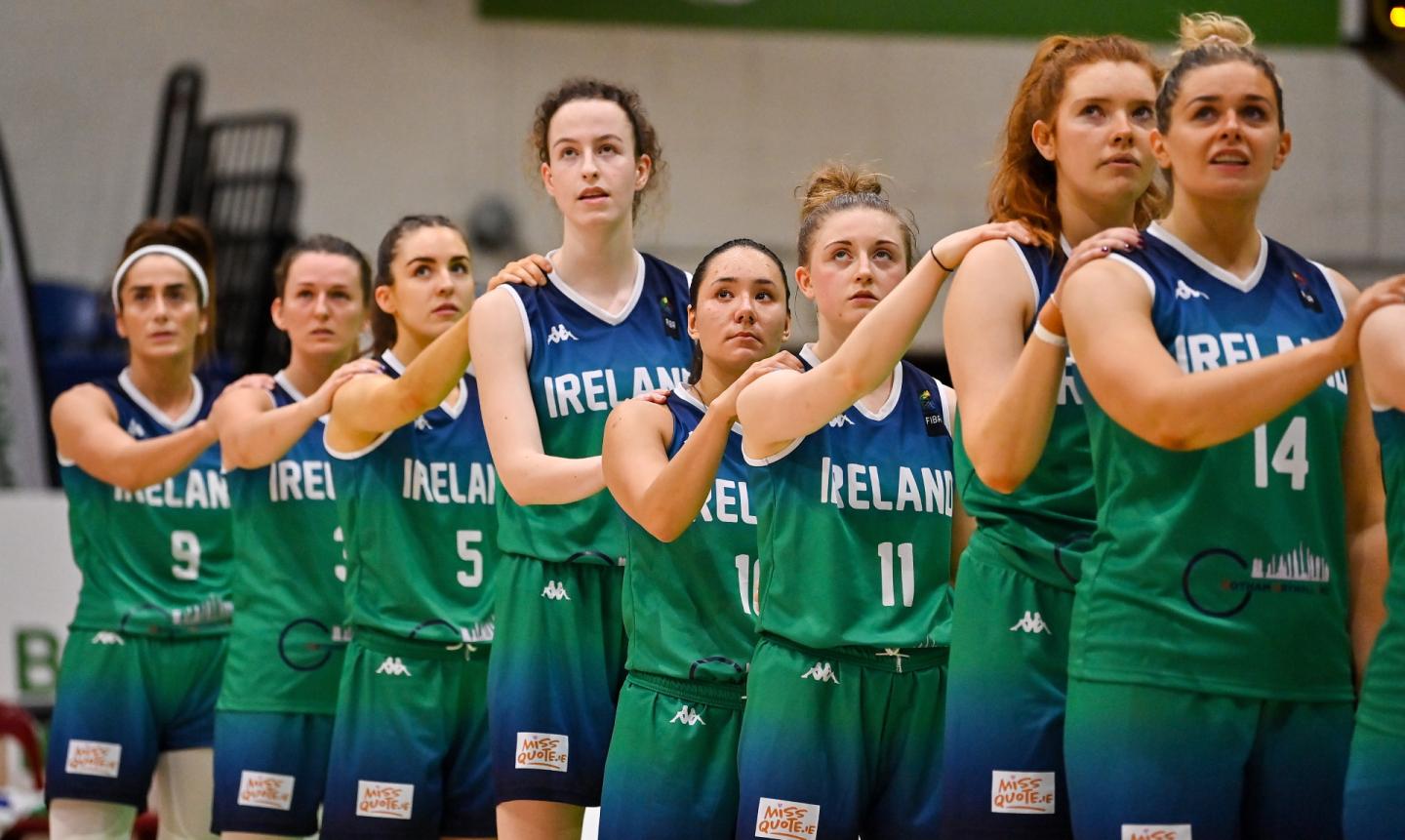 Thornton is excited to return to club action at Parochial Hall this weekend. 'I’m really looking forward to getting back to the team. Even though we had a great week with Ireland, it’s unusual to leave the squad mid-season to play somewhere else. It’ll be a huge week for the league in my opinion, with players coming back into their own teams having to switch focus very fast to play with different people again. Along with that, we have a lot of big clashes in the league, our own game being huge for us to stay balanced in the league and keep improving for ourselves. We’re looking at a tough physical battle with WIT Waterford Wildcats, so they will really test our strength.” 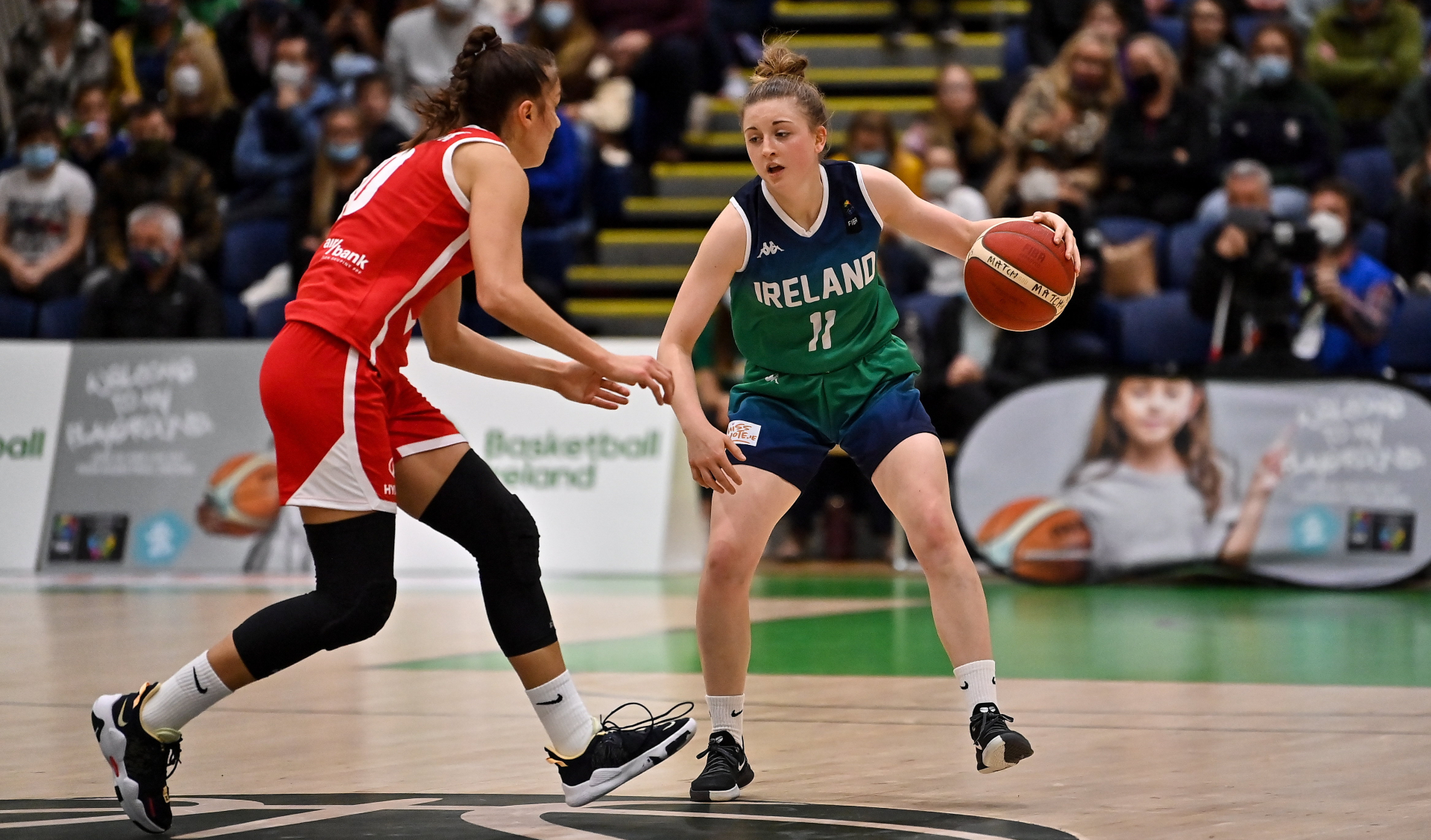 WIT Waterford Wildcats head coach Tommy O'Mahony knows a massive challenge awaits them. “We face a very tough tie this weekend in the shape of Singleton Supervalu Brunell. They have shown they are a top quality side with the results over the last number of weeks and they have so many threats all over the court. We will need to be tuned in for the full 40 minutes if we are to compete at their level. We have been very inconsistent in our performance levels over last few games and we are hoping we have managed to sort some of these issues to be in within a chance of winning.”

There will be plenty of Irish internationals on display when Trinity Meteors host Leixlip Amenities Liffey Celtics at Trinity Sports Hall - Dayna Finn, Sarah Kenny, Áine O’Connor and Sorcha Tiernan are all due to return for their respective clubs. Tiernan top scored for Ireland against Czech Republic, with 12 points in their 70-54 defeat, but now her focus is firmly on this weekend. “We are really excited to get back playing in the league this weekend. Trinity Meteors have shown they are a tough team to play, especially in their home gym. We’re looking forward to the challenge and hoping we can start building going into a tough stretch of the season.” 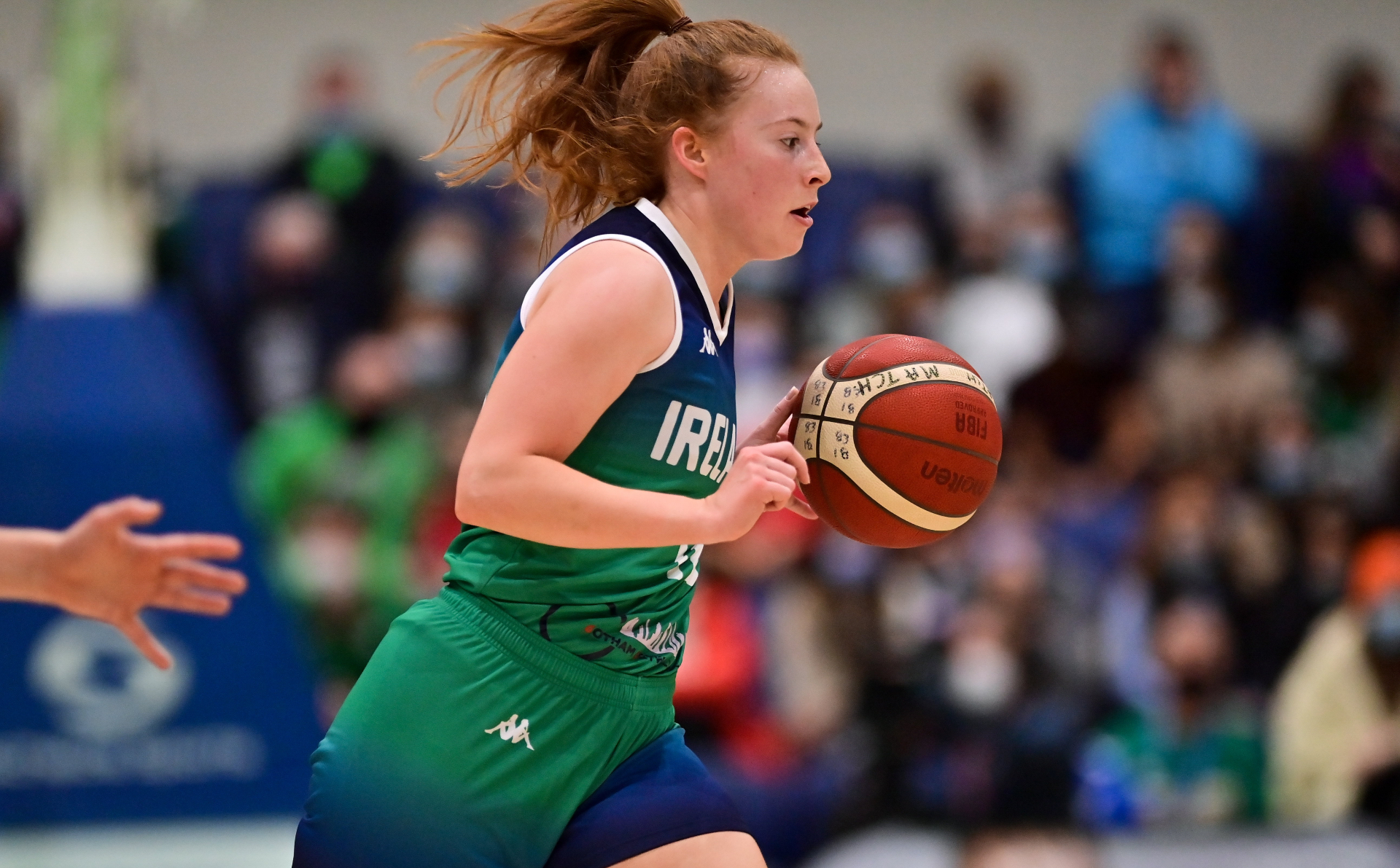 Head coach of Trinity Meteors, Vincent O'Keeffe, is wary of the threats posed by Leixlip Amenities Liffey Celtics. “Another very tough test coming on Saturday against Leixlip Amenities Liffey Celtics, who are led by Áine O'Connor and Sorcha Tiernan, two players who made a significant contribution to Ireland's recent European exploits. Ciara Bracken is having a great season so far and they are extremely well coached with Ioannis Liapakis at the helm. We are looking forward to the challenge and after a tough loss last time out against Singleton Supervalu Brunell, we are looking for a more positive result this time.”

Team Garvey's St. Mary's will be hoping to break their recent streak of losses, having failed to win their last three fixtures, when they host Killester. Their head coach Liam Culloty is eager to get back in action after the break. “We are really looking forward to getting back on the floor after the international break. We trained hard over that time and we are hoping to implement some of the concepts we have worked on in the game. Killester have had some big wins this season, so we know we'll have to be at our best to get a win.”

Karl Kilbride, Killester head coach, is hoping to bounce back this Saturday, following their defeat to DCU Mercy in the previous round. “Saturday will be a really tough game. Castleisland is a really difficult place to get a win. Team Garvey's St. Mary’s are a really physical, athletic team, with an excellent coach. I know they changed their American girl during the week, so there’s a little bit of the unknown too. Those situations usually lead to the Irish girls stepping up into bigger roles and it’s something we’ll have to be ready for. We were obviously really disappointed with the result against DCU Mercy. Rebounding was a major factor in that game, as it will be this weekend. But we’ve had a good week in training and are hoping for that hard work to pay off and to put in a good performance this weekend.”

There are two MissQuote.ie Super League fixtures on Sunday. High flyers DCU Mercy host IT Carlow Basketball, their head coach Mark Ingle said: “We are looking forward to playing IT Carlow this weekend after the international break. IT Carlow have two very good Americans and a coach that brings a mixture of defences, so it should be an interesting encounter at DCU Arena on Sunday.” 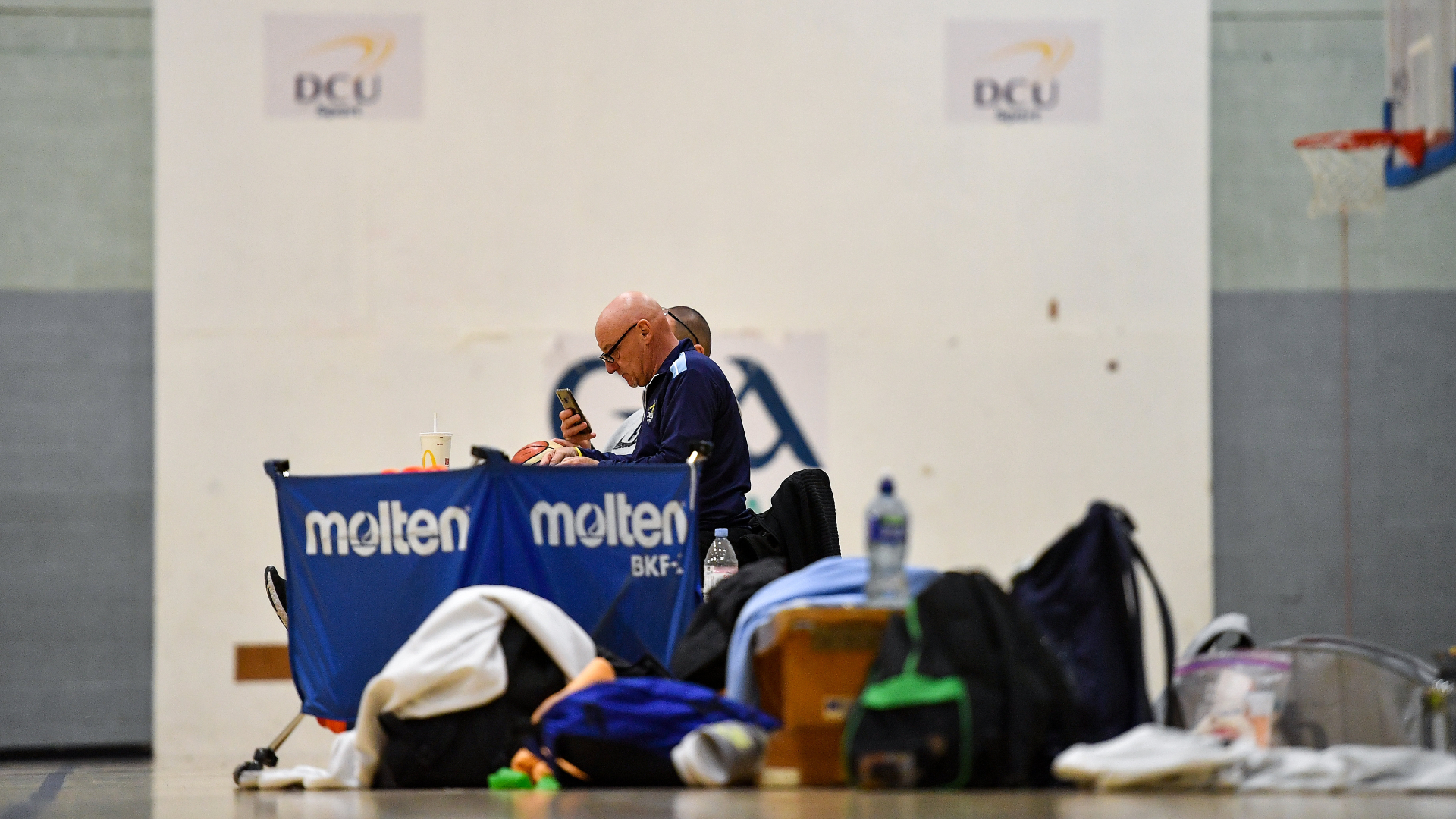 IT Carlow's head coach, Martin Conroy, is searching for their first win of the season, but their efforts have been hampered by the pandemic. “As a squad we’re still suffering with our Covid battle, it seems we have two players and one staff member with long-Covid, but sure we’ll endeavour to play as hard as we can. DCU Mercy are one of the best teams in our league, not just this year but every year. They have fantastic athletes and a fantastic coaching staff. We look forward to the challenge on Sunday and we know it will be very difficult.”

The Address UCC Glanmire head coach, Mark Scannell, added: “We are looking forward to getting back after the break - local derbies are always great occasions and hopefully this game will be another big test for us. Fr. Matthews had a great win against Leixlip Amenities Liffey Celtics and they will look to build on that, so we'll have to be prepared. The players all know one another well, so it will be a tough battle and should be a good watch for the spectators.” 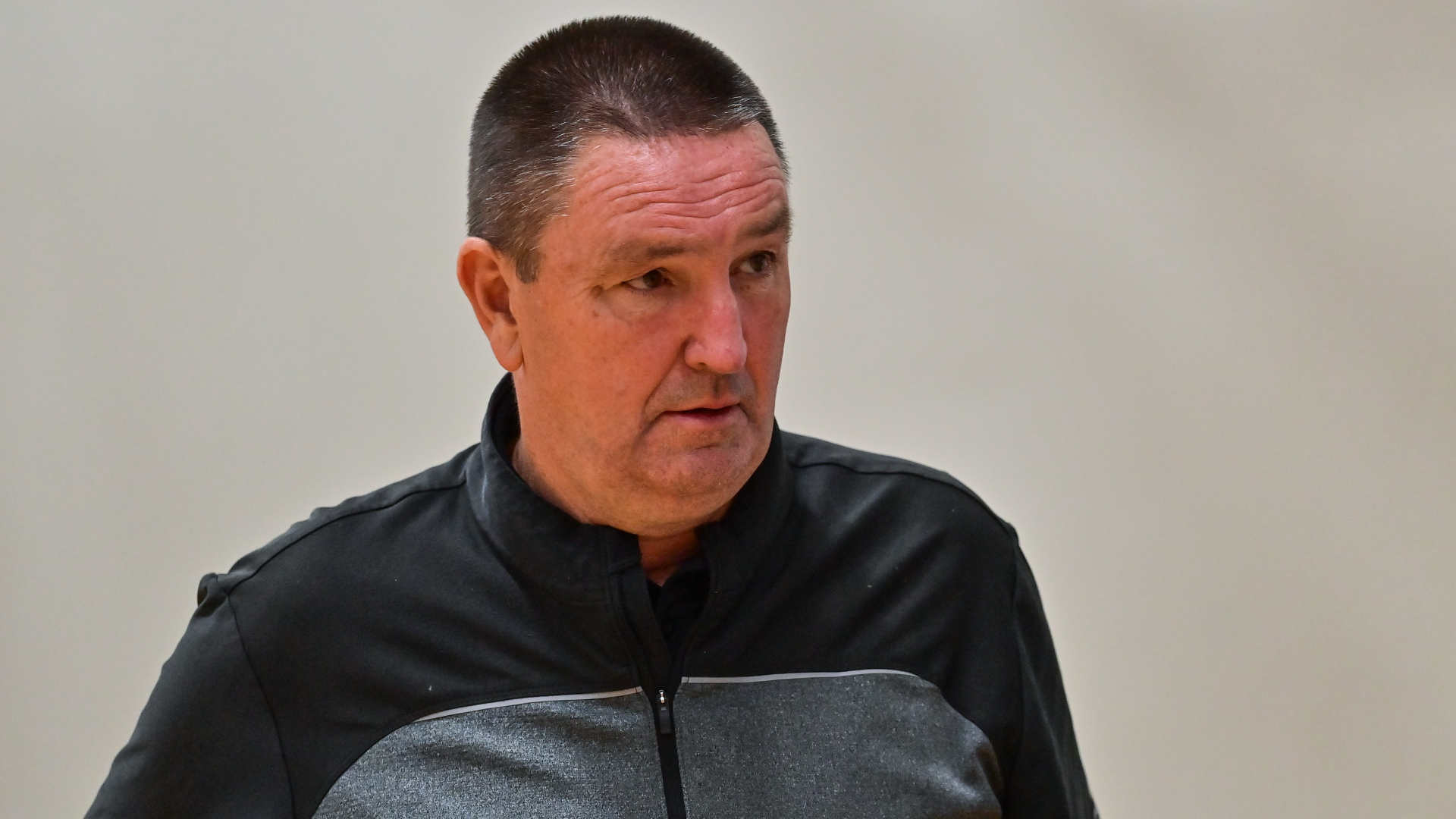 In the MissQuote.ie Division 1, there are five cross-conference fixtures, the last unbeaten side in the division, Ulster University, host Marble City Hawks at UUJ. Hawks come into the game with a bit of form, having won two of their last three games. Ulster University head coach Patrick O’Neill “We are looking forward to welcoming Hawks to Jordanstown, they have had a bit of a rollercoaster start to the season, but have two quality wins under their belt and proven talent from their years in the Super League. I am happy with how we played as a team last weekend, but still feel we have plenty to work on. It will be a tough game, as the results in our league are showing any team can win on any given day.”

Portlaoise Panthers also have a 3-2 record from their five games so far, they host Swords Thunders at St. Mary's Hall. Swords Thunder got out the gate with a win at the start of the league, but have lost all four of their subsequent games. Griffith College Templeogue (2-2) host Tipperary Knights (3-2) at Nord Anglia International School.