The Address UCC Glanmire have completed the domestic treble following their 82-68 MissQuote.ie Champions Trophy victory over Singleton SuperValu Brunell in the all-Cork final at the National Basketball Arena.

An outstanding first half performance from Ireland international Claire Melia put The Address UCC Glanmire in control. The forward converted all four of her three-point attempts on her way to a 24 point haul in the first half alone. Melia would finish with 26 in total, on the way to picking up the MVP. 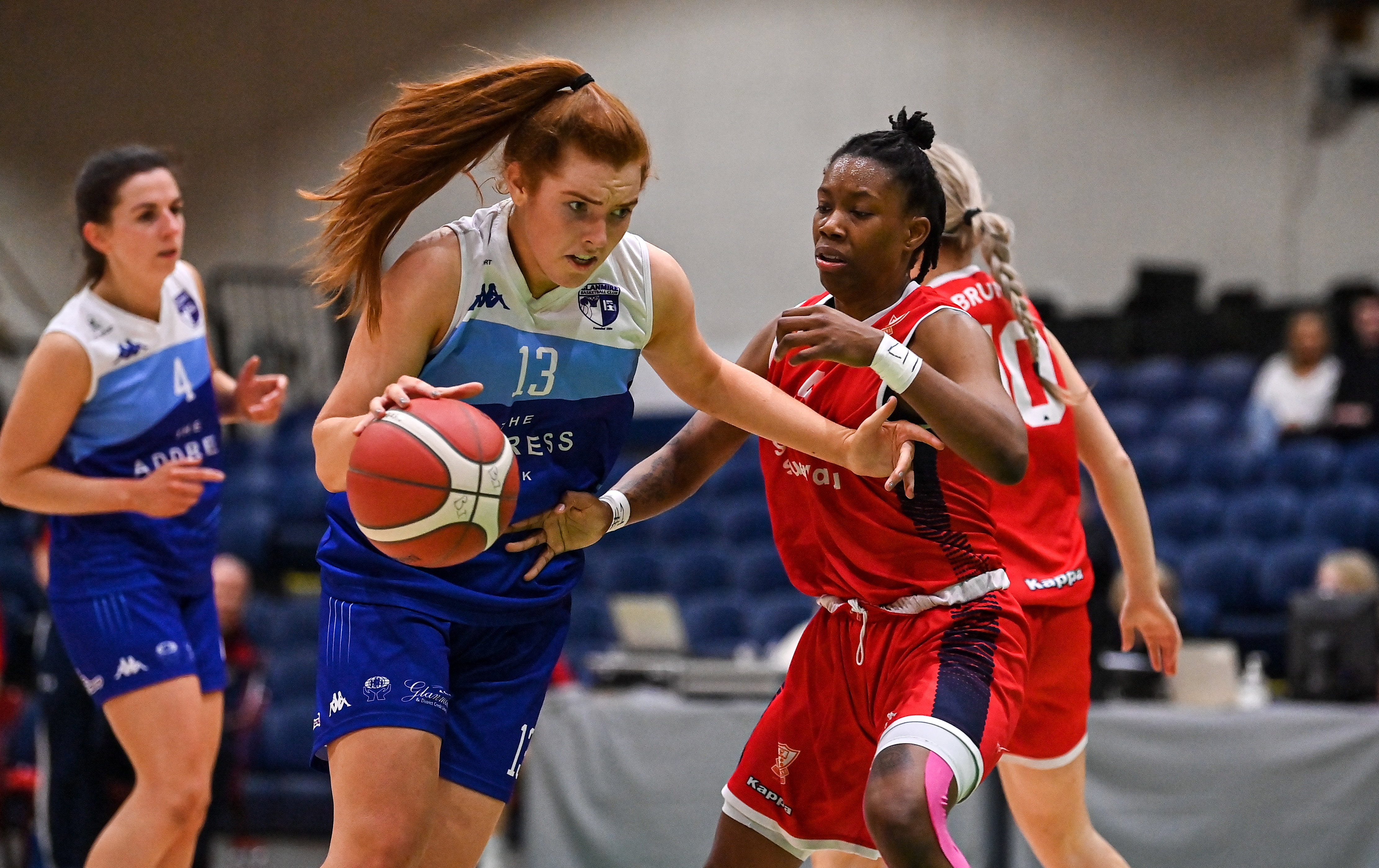 Singleton SuperValu Brunell were without Ireland co-captain Edel Thornton, who injured her MCL in their semi-final win over WIT Waterford Wildcats. Thornton is often the player who dictates the tempo for Singleton SuperValu Brunell and her absence was keenly felt. It meant that more responsibility shifted to their two Americans, Shannon Ryan and Kwanza Murray. They duly led stepped up, registering 16 and 10 points by half-time, however they trailed 60-35.

Singleton SuperValu Brunell kept plugging away and had a strong third quarter, outscoring The Address UCC Glanmire 16-7, with Ryan scoring half their points and they trailed 67-51. Ryan would finish the game with 26 points.

A Kwanza Murray three pointer just after the midpoint of the fourth quarter instigated a run. Katie Walsh followed with a layup and a three point jump shot of her own to make 74-66 with 3’45” to go. Another Murray layup and it was a six point game. Four points from The Address UCC Glanmire’s Tierney Prifman stemmed the tide and they led 78-68 with a minute and half to go and would eventually win it 82-68.

🗣 “Absolutely delighted. That was one of our main goals this year, to go out and win all three.”@GlanmireBBall captain Áine McKenna reacts to completing the treble with @missquoteie Champions Trophy success, thanks to an 82-68 win over @SvSingleton. pic.twitter.com/tKdjBGU8gY

"We haven't been perfect today, but we've been pretty perfect all year. Played really good basketball, so I'm delighted with them. To win three trophies is an unbelievable achievement. It takes a lot of effort, a lot of focus and a lot of hard work. They deserve all the credit that they should get tonight." - Mark Scannell, The Address UCC Glanmire head coach